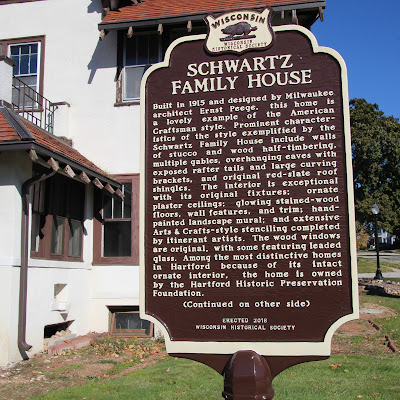 Built in 1915 and designed by Milwaukee architect Ernst Peege, this home is a lovely example of the American Craftsman style. Prominent characteristics of the style exemplified by the Schwartz Family House include walls of stucco and wood half-timbering, multiple gables, overhanging eaves with exposed rafter tails and large curving brackets, and original red-slate roof shingles. The interior is exceptional with its original fixtures: ornate plaster ceilings; glowing stained-wood floors, wall features, and trim; hand-painted landscape mural; and extensive Arts & Crafts-style stenciling completed by itinerant artists. The wood windows are original, with some featuring leaded glass. Among the most distinctive homes in Hartford because of its intact ornate interior, the home is owned by the Hartford Historic Preservation Foundation.

Peter and Anna Schwartz emigrated from Prussia in 1854 and were among the earliest settlers in Hartford. Initially families of farmers, the Schwartz’s owned Eagles Park and the Schwartz Ballroom and were prominent community members. The oldest son, Joseph, purchased the Hartford City Brewery in 1901. The brewery was initially successful but was forced to close in 1937 because of Prohibition and the effects of the Great Depression. Joseph’s three sons – Peter, Joseph Jr., and Andrew – had this house built in 1915. Two generations lived here over fifty years including Joseph Sr., his sisters Margaret and Barbara, and his three sons, making this truly a family home. After the last of the Schwartz family passed away in 1964, the home was sold to Barbara and Lloyd Kluck, who lived here and lovingly cared for it for fifty years.

The marker is located at the Schwartz Family House on the northwest corner of the intersection of Union Street / Wisconsin Highway 83 and Third Street, at or near 220 East Union Street, Hartford, Wisconsin 53207.

See also, Marker 500: The Schwartz Ballroom, a related marker at a nearby location. 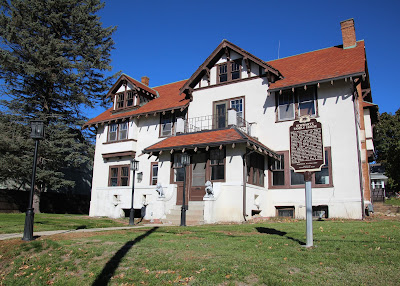 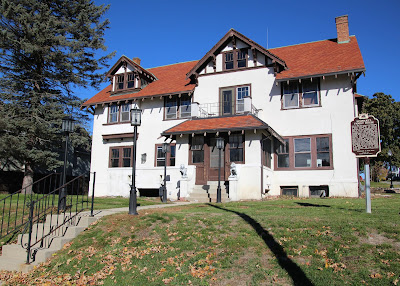 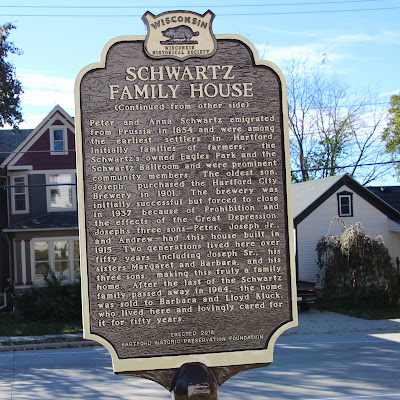 Side Two of the marker. 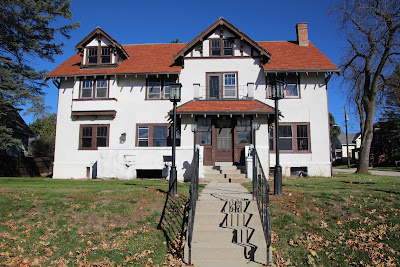 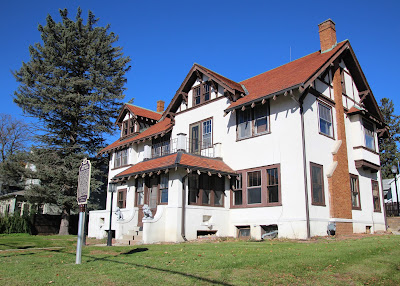 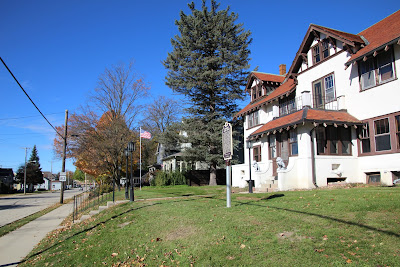 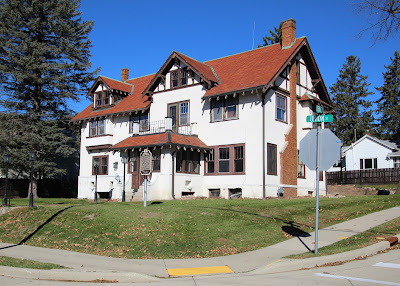 The marker is located at the Schwartz Family House
in Hartford, Wisconsin.