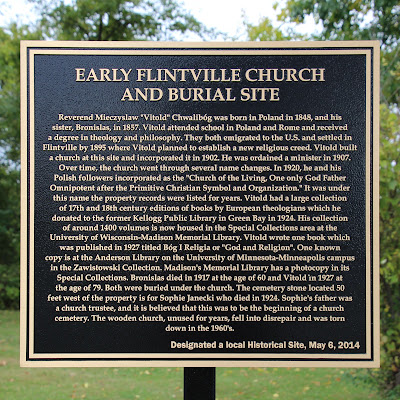 Reverend Mieczyslaw "Vitold" Chwalibóg was born in Poland in 1848, and his sister, Bronislas, in 1857. Vitold attended school in Poland and Rome and received a degree in theology and philosophy. They both emigrated to the U.S. and settled in Flintville by 1895 where Vitold planned to establish a new religious creed. Vitold built a church at this site and incorporated it in 1902. He was ordained a minister in 1907.

Over time, the church went through several name changes. In 1920, he and his Polish followers incorporated as the "Church of the Living, One only God Father Omnipotent after the Primitive Christian Symbol and Organization." [sic] It was under this name the property records were listed for years.

Vitold had a large collection of 17th and 18th century editions of books by European theologians which he donated to the former Kellogg Public Library in Green Bay in 1924. HIs collection of around 1400 volumes is now housed in the Special Collections area at the University of Wisconsin-Madison Memorial Library.

Vitold wrote one book which was published in 1927 titled Bóg [sic]  I Religia [sic] or "God and Religion". One known copy is at the Anderson Library on the University of Minnesota-Minneapolis campus at the Zawistowski Collection. Madison's Memorial Library has a photocopy in its Special Collections.

Bronislas died in 1817 at the age of 60 and Vitold in 1927 at the age of 79. Both were buried under the church. The cemetery stone located 50 feet west of the property is for Sophie Janecki who died in 1924. Sophie's father was a church trustee, and it is believed that this was to be the beginning of a church cemetery. The wooded church, unused for years, feel into disrepair and was torn fown in the 1960s. 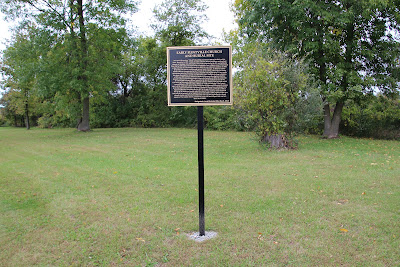 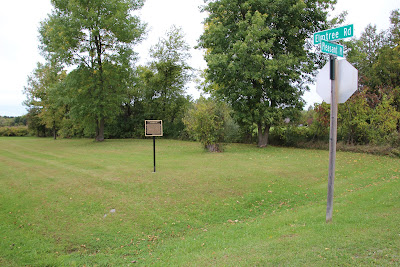 The marker is small, but easy to find. 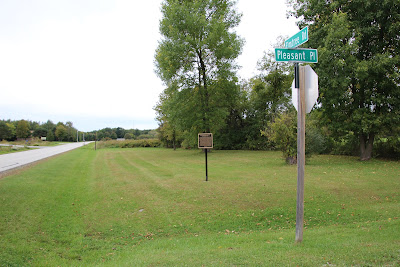 The marker is located at the intersection of Elmtree Road and
Pleasant Place in Suamico, Wisconsin.