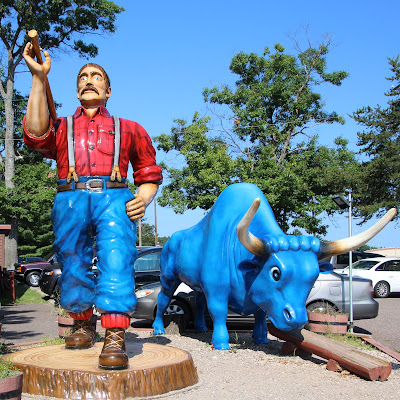 
Paul Bunyan and Blue are located at the entrance to Paul Bunyun's Cook Shanty, accessible from southbound U.S. Route 51, at its intersection with Old Highway 70, at or near 8653 U.S. Highway 51 North, Minocqua, Wisconsin 54548.

Paul Bunyan is a giant lumberjack in American folklore. His exploits revolve around the tall tales of his superhuman labors, and he is customarily accompanied by Babe the Blue Ox. The character originated in the oral tradition of North American loggers, and was later popularized by freelance writer William B. Laughead (1882–1958) in a 1916 promotional pamphlet for the Red River Lumber Company. He has been the subject of various literary compositions, musical pieces, commercial works, and theatrical productions. His likeness is displayed in several statues across North America. 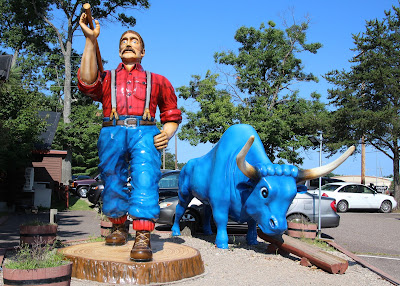 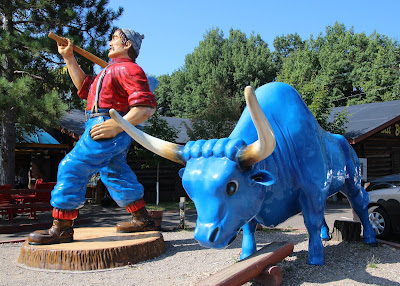 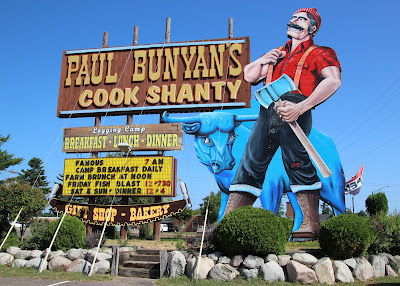 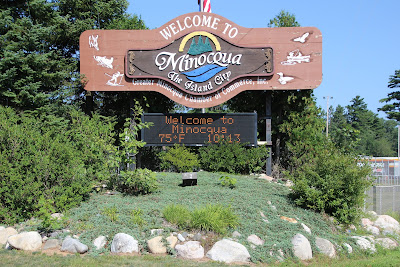 Paul Bunyan and Blue are located in Minocqua, Wisconsin.