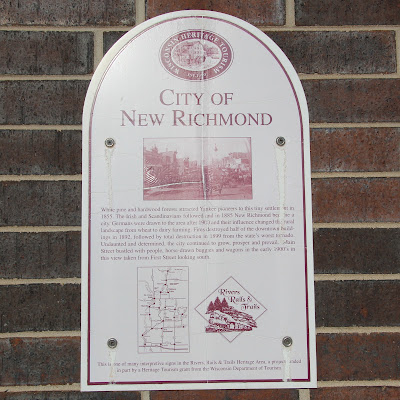 
White pine and hardwood forests attracted Yankee pioneers to this tiny settlement in 1855. The Irish and Scandinavians followed and in 1855 New Richmond became a city. Germans were drawn to the area after 1900 and their influence changed the rural landscape from wheat to dairy farming. Fires destroyed half of the downtown buildings in 1892, followed by total destruction in 1899 from the state's worst tornado. Undaunted and determined, the city continued to grow, prosper and prevail. Main Street bustled with people, horse-drawn buggies and wagons in the early 1900s in this view taken from First Street looking south.

This is one of many interpretative signs in the Rivers, Rails & Trails Heritage Area, a project funded in part by a Heritage Tourism grant from the Wisconsin Department of Tourism.

The marker is affixed to the facade of the First National Community Bank, accessible from northbound South Knowles Street / Wisconsin Highway 65, just north of its intersection with East 2nd Street, at or near 109 East 2nd Street, New Richmond, Wisconsin 54017. 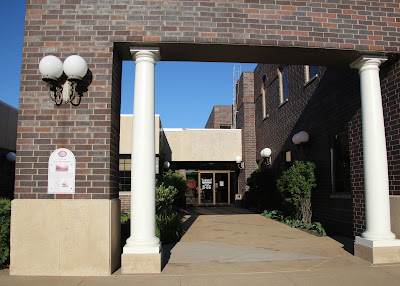 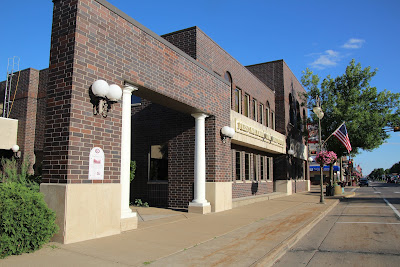 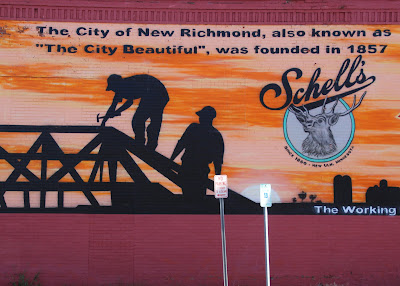 The marker is located in New Richmond, Wisconsin.