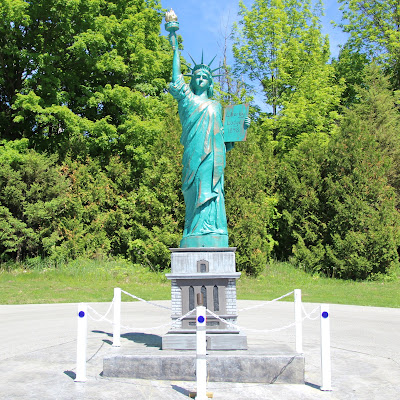 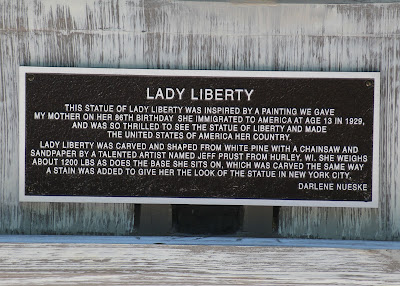 
This statue of Lady Liberty was inspired by a painting we gave my mother on her 80th birthday. She immigrated to America at age 13 in 1929, and was so thrilled to see the Statue of Liberty and made the United States of America her country.

Lady Liberty was carved and shaped from white pine with a chainsaw and sandpaper by a talented artist named Jeff Prust from Hurley, WI. She weighs about 1200 lbs as does the base she sits on, which was carved the same way. A stain was added to give her the look of the statue in New York City.

The Liberty Lodge at Sister Bay 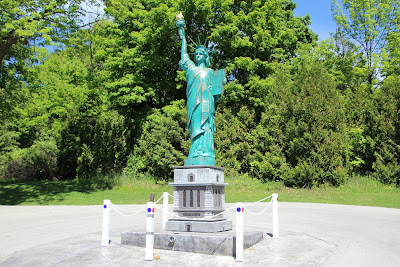 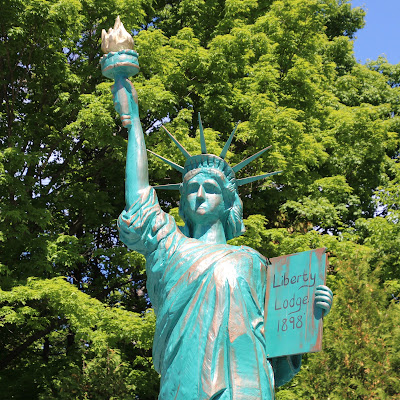 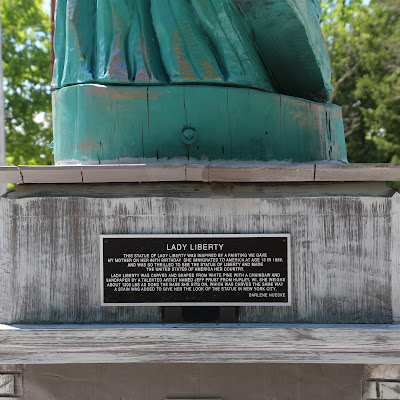 The plaque is on the back of the statue. 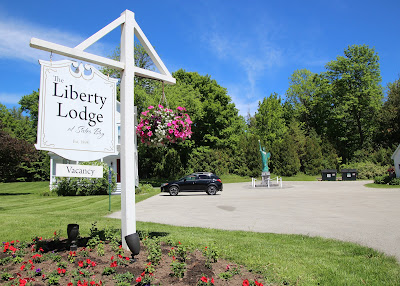 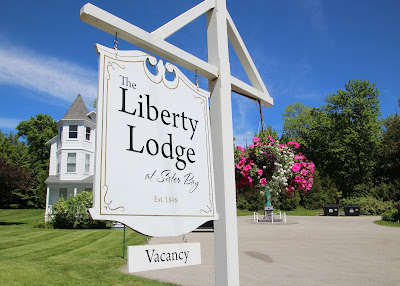 Lady Liberty is located at The Liberty Lodge
in Sister Bay, Wisconsin.