Great Steamers on a Great Lake 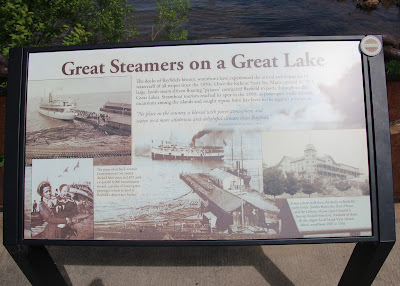 Great Steamers on a Great Lake


The docks of Bayfield's historic waterfront have experienced the arrival and departure of watercraft of all stripes since the 1850s. Once the locks at Sault Ste. Marie opened in 1855 large, lavish steam-driven floating "palaces" connected Bayfield to ports throughout the Great Lakes. Steamboat tourism reached its apex in the 1890s as passengers made relaxing excursions among the islands and sought repose from  hay fever in the region's pristine air.

"No place in the country is blessed with purer atmosphere and
water, or a more salubrious and delightful climate than Bayfield."
Bayfield County Press, June 3, 1871

The marker is located adjacent to a parking lot accessible from northbound Front Street, north of its intersection with Rittenhouse Avenue, at or near 19 Front Street, Bayfield, Wisconsin 54814.

See also, Memorial to the Commercial Fisherman of Bayfield | Past - Present - Future, also at this location. 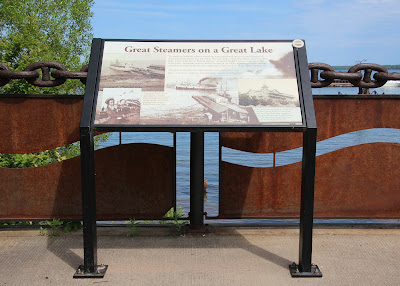 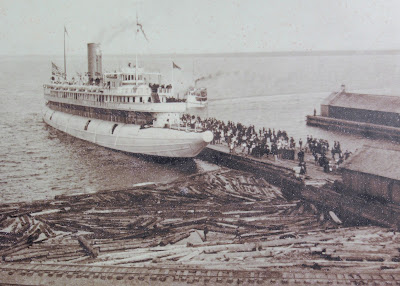 The great whaleback steamer CHRISTOPHER COLUMBUS
docked here twice in 1897 with a reported 8,000 excursionists
aboard, just one of many great passenger vessels to
land at Bayfield's deep water harbor. 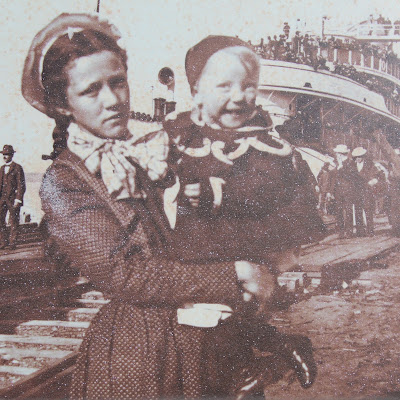 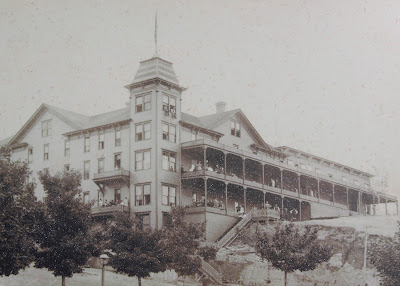 It was a short walk from the docks to  Bayfield's early hotels:
Smith's Hotel, the Davis House, and the LaBonte House
(now Greunke's). Just up the hill from there, the finest of them all,
the elegant hotel Island View (shown above) stood from 1887 to 1916. 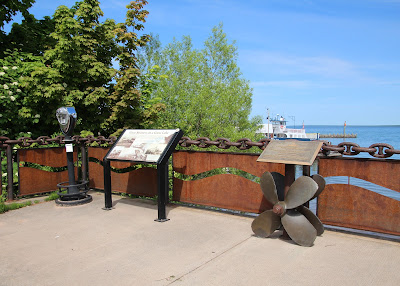 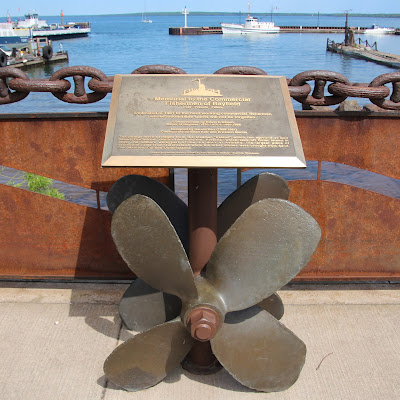 Memorial to the Commercial Fisherman of Bayfield
Past - Present - Future 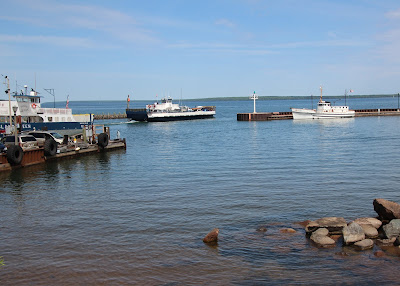 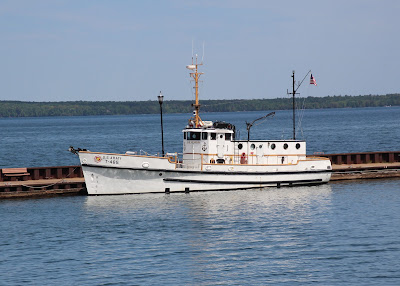 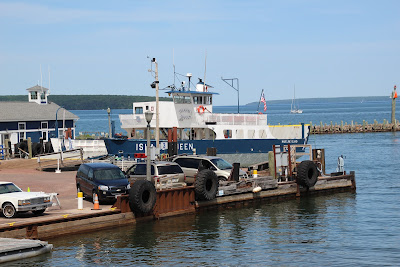 View of the Madeline Island Ferry from the marker location.
The marker is located in Bayfield, Wisconsin.