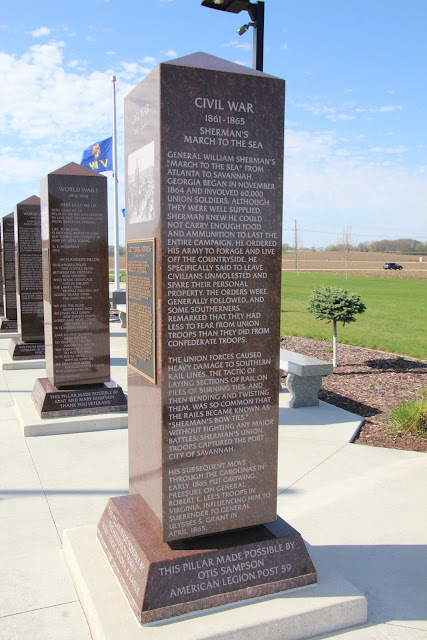 
General William Sherman's "March to the Sea" from Atlanta to Savannah, George began in November 1864 and involved 60,000 Union soldiers. Although they were well supplied, Sherman knew he could not carry enough food and ammunition to last the entire campaign. He ordered his army to forage and live off the countryside. He specifically said to leave civilians unmolested and spare their personal property. The orders were generally followed, and some Southerners remarked that they had less to fear from Union troops than they did from Confederate troops.

The Union forces caused heavy damage to Southern rail lines. The tactic of laying sections of rail on piles of burning ties, and then bending and twisting them, was so common that the rails became known as "Sherman's Bow Ties". Without any major battles, Sherman's Union troops captured the port city of Savannah.

His subsequent move through the Carolinas in early 1865 put growing pressure on General Robert E. Lee's troops in Virginia, influencing him to surrender to General Ulysses S. Grant in April 1865. 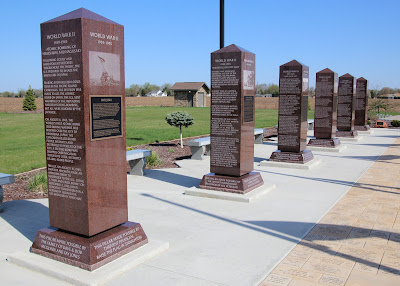 The pillar is the first one from the right.