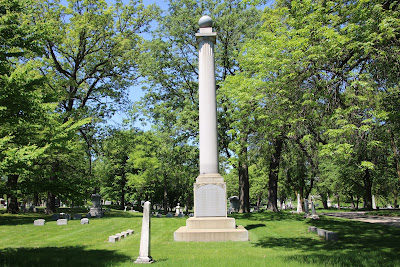 [East Side]
In other places in life,
the light of intelligence, purity of truth,
love of right, firmness of integrity,
singleness of purpose, candor of judgment,
are relatively essential to high beauty of character.
On the bench they are the absolute condition of duty.
The judge who palters with justice,
who is swayed by fear, favor affection or the hope of reward,
by personal influence or public opinion,
prostitutes the attributes of God
and sells the favor of his Maker.
But the light of God's eternal truth and justice
shines on the head of the just judge,
and makes it visibly glorious.
— Ryan, 1873

[West Side]
To the memory of
Edward George Ryan,
who, as Chief Justice of Wisconsin,
wrought with master hand in upbuilding
its system of jurisprudence and
added dignity to government by law.
This memorial structure is
dedicated by the state bar association
on behalf of its members and others
at home and abroad, A.D. 1911.

Wisconsin Lawyer: Chief Justice Edward G. Ryan: A World in Which Nothing is Perfect, by Joseph Ranny (September 2002, Volume 75, Number 9)

Judge Ryan's Funeral: Janesville Daily Gazette, 20 October 1880, Page 1
A special train will be furnished at 8 o'clock a.m., Friday to convey the body to Milwaukee, which will be escorted by State officers and Justices of the Supreme Court, the Bar Association of Madison, and other prominent citizens, reaching that city about 11 o'clock, where the funeral will be taken in charge by the Bar Association of Milwaukee. The body will like in state at the Plankinton House for two hours. The funeral services will take place about 2 P.M., at St. James' church, and the remains interred in Forest Home cemetery. 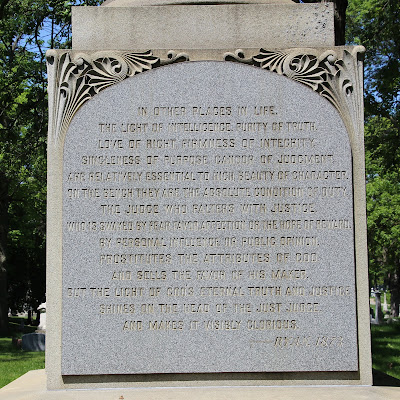 East side of monument.. 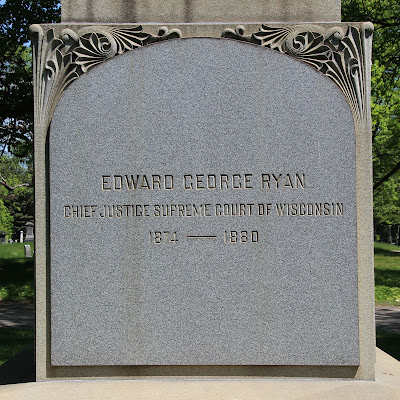 South side of monument. 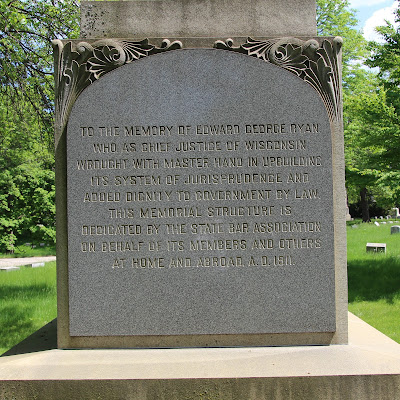 West side of monument. 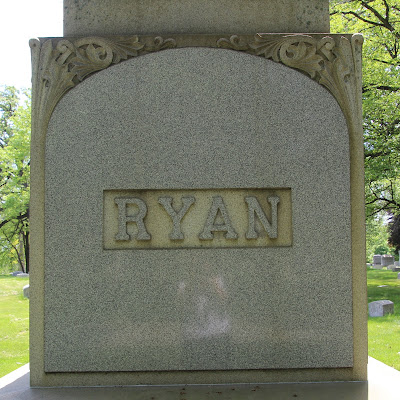 North side of monument. 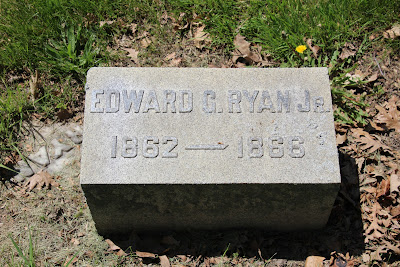 Judge Ryan's headstone,
across from the south side of the monument. 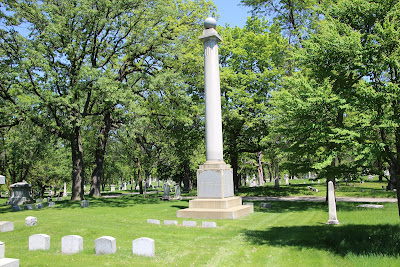 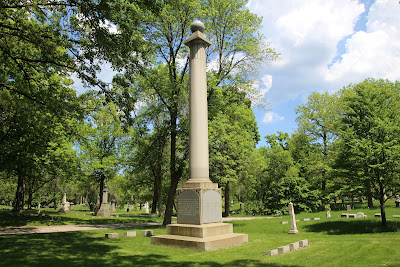 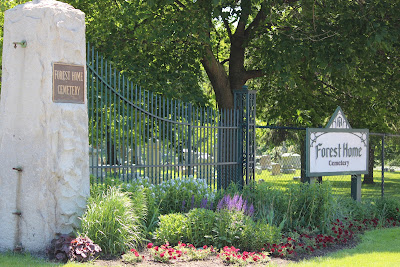 The monument is located at Forest Home Cemetery
in Milwaukee, Wisconsin.