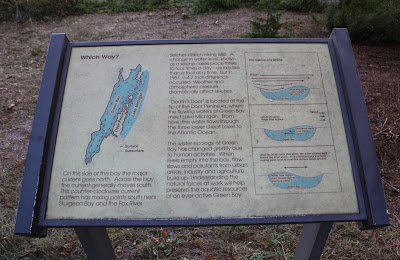 
On this side of the bay the major current goes north. Across the bay, the current generally moves south. This counter-clockwise current pattern has mixing points south near Sturgeon Bay and the Fox River.

Seiches affect mixing also. A change in water level, known as seiche, takes place three to four times a day -- usually less than a foot at a time. But in 1957, a 4.7 foot difference occurred. Weather and atmospheric pressure dramatically affect seiches.

"Death's Door is located at the tip of the Door Peninsula, where the flowing waters of Green Bay meet Lake Michigan. From here, the water flows through the three lower Great Lakes to the Atlantic Ocean.

The water ecology of Green Bay has changed greatly due to human activities. When rivers empty into the bay, flow slows and pollutants from urban areas, industry and agriculture built up. Understanding the natural forces at work will help preserve the aquatic resources of an ever-active Green Bay.

The making of a seiche
Wind drag pulls water toward far shore
Winds die down
Water drag is gone
Displaced water now moves vack
Once the winds have died down, the water sloshes back
toward the other shore. This continues back and forth
making water level fluctuations that are called seiches.
Water now higher than normal due to sloshing effect.

Unfortunately, I have forgotten the location of this marker, but believe it is along Skyline Road on the west side of the park. The post will be updated once the location is ascertained.

NOTE: There is a fee to enter Peninsula State Park; visitors must either pay for a day pass, or possess an annual pass. 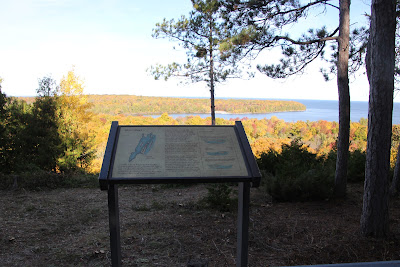 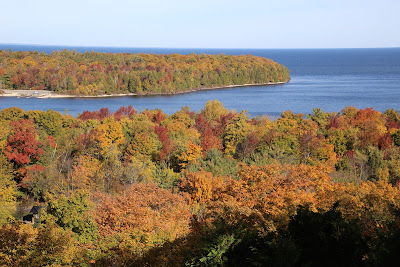 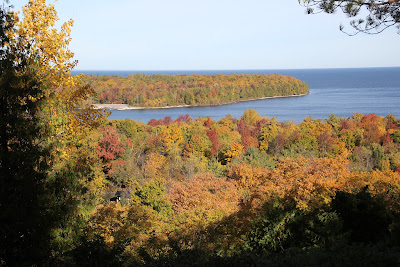 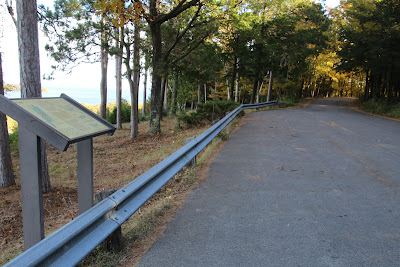 Looking north along Sunset Trail, with the marker to the left. 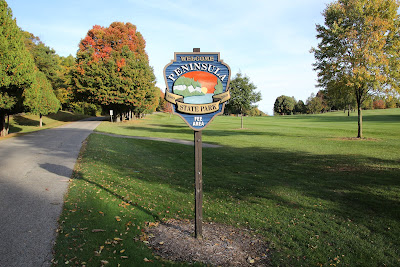 The marker is located at Peninsula State Park
in Fish Creek, Wisconsin.