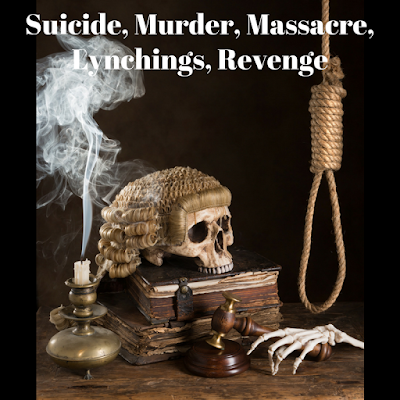 Before the land west of the Mississippi was opened up, Wisconsin was the "wild, wild west". The history has its share of violence -- very little of which is well-known today. Here are 10 historical markers / sites that record murders, a massacre, two lynchings, stories of revenge, and the tragic suicide of a destitute World War I veteran. 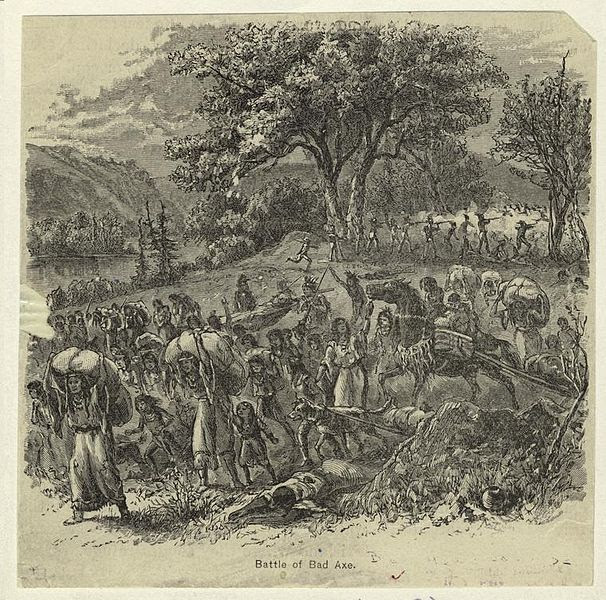 The Battle of Bad Axe fought August 1-2, 1832 ended the Black Hawk War. Driven into the water by U.S. Army soldiers, a band of Indians -- nearly 1,500 warriors, old people, women and children led by Sauk leader Black Sparrow Hawk -- were shot down or drowned as they tried to cross the Mississippi River.

A four-year-long dispute over logging rights along the Torhnapple River in Winter (Sawyer County) led to a gun battle between John F. Dietz and a large sheriff's posse. A deputy was killed and Dietz sentenced to life in prison. 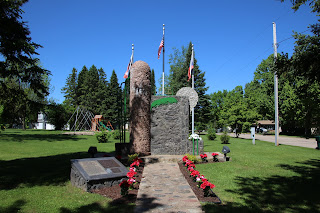 In Memory of Lidice, a Village in Czechoslovakia

A memorial to the razing of the village of Lidice on June 10, 1942 -- The Gestapo dragged the inhabitants of Lidice from their homes, shot all men over sixteen and condemned all women and children to a living death in concentration camps. 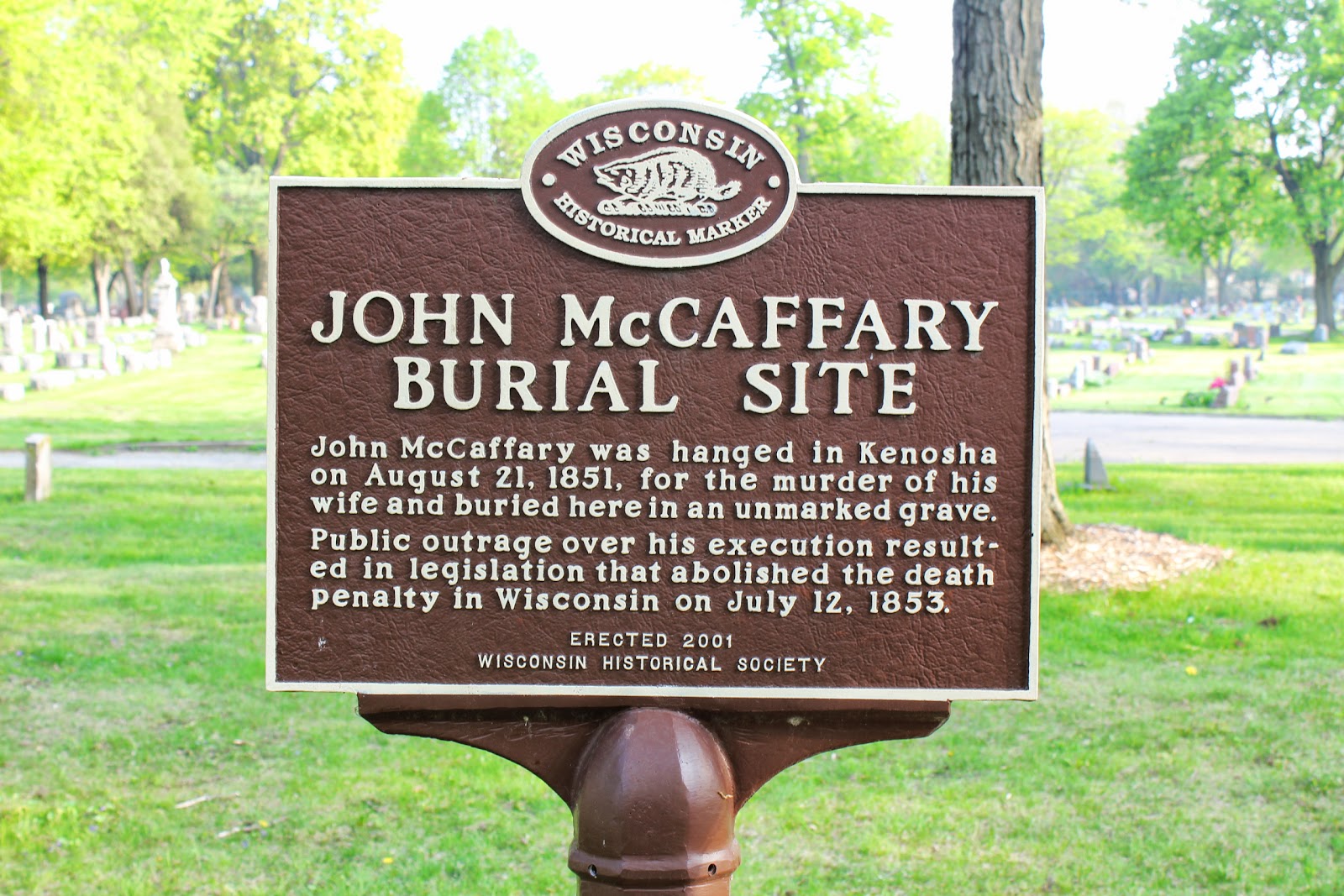 John McCaffary was hanged in Kenosha on August 21, 1851, for the murder of his wife and buried here in an unmarked grave. Public outrage over his execution resulted in legislation that abolished the death penalty in Wisconsin on July 12, 1853. 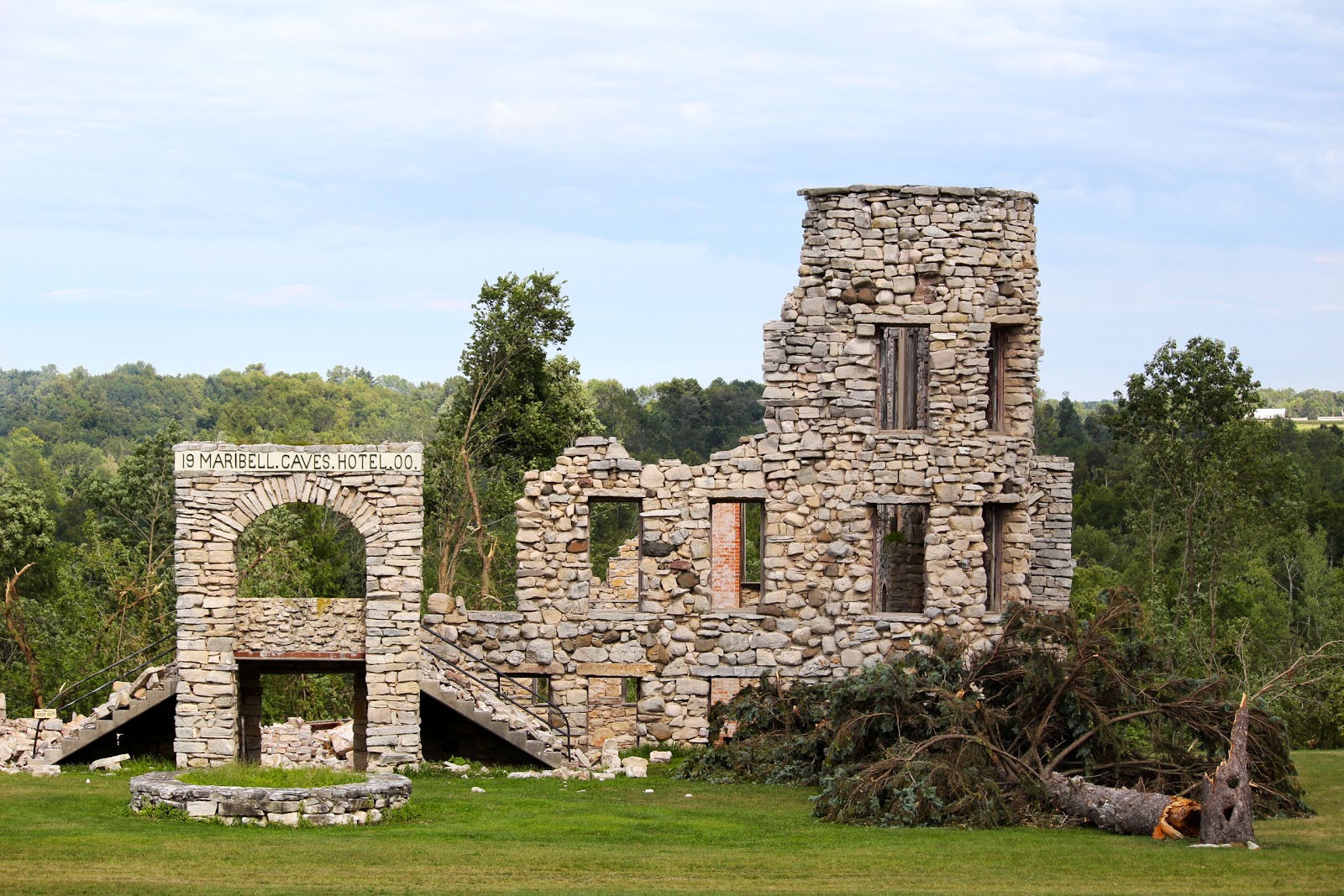 Although there is no credence to any of the stories of horror which abound about Maribel Caves Hotel (reduced to a pile of rubble by a tornado on August 6, 2013), "Hotel Hell" remains a wildly popular and sought after haunted location. 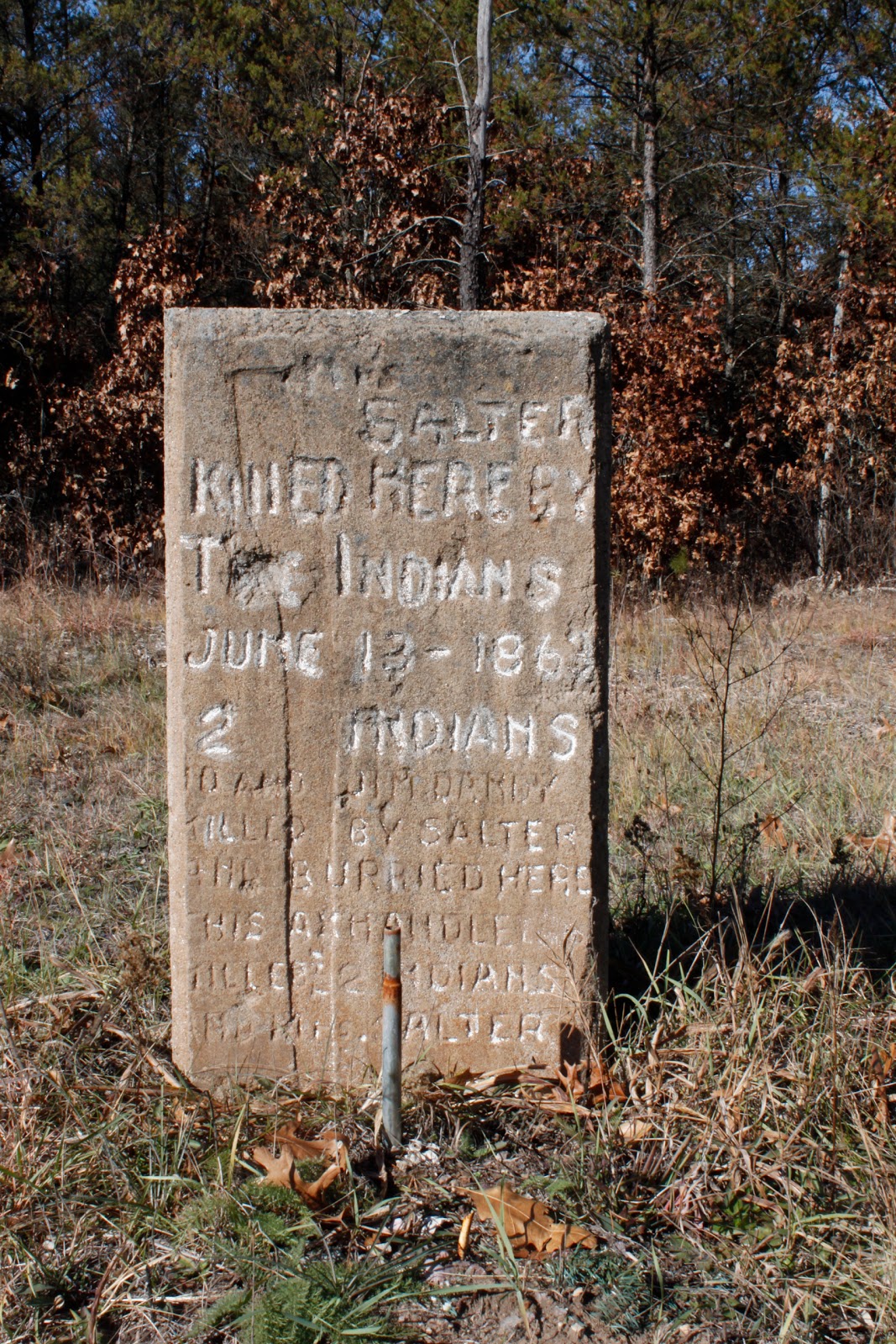 The marker, on a lonely, isolated stretch of Highway 80 in New Lisbon, tells of the murder of Mrs. Emma Salter by Indians and of the revenge her husband took when he killed Joe and Jim Dandy with the same ax handle they used to murder his wife . . . 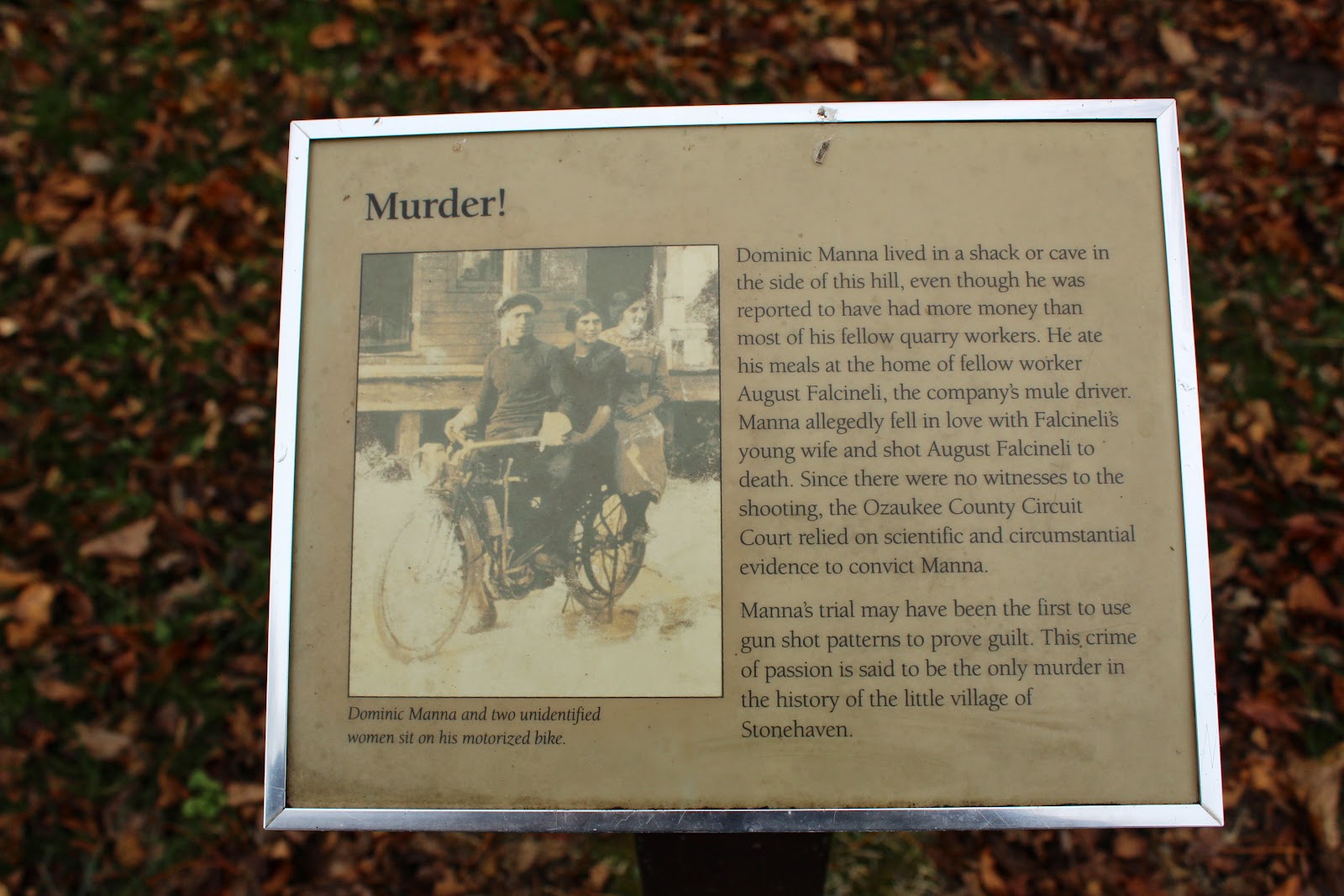 Located inside Harrington Beach State Park, the marker is at the site of an alleged crime of passion that to this day continues to be disputed. 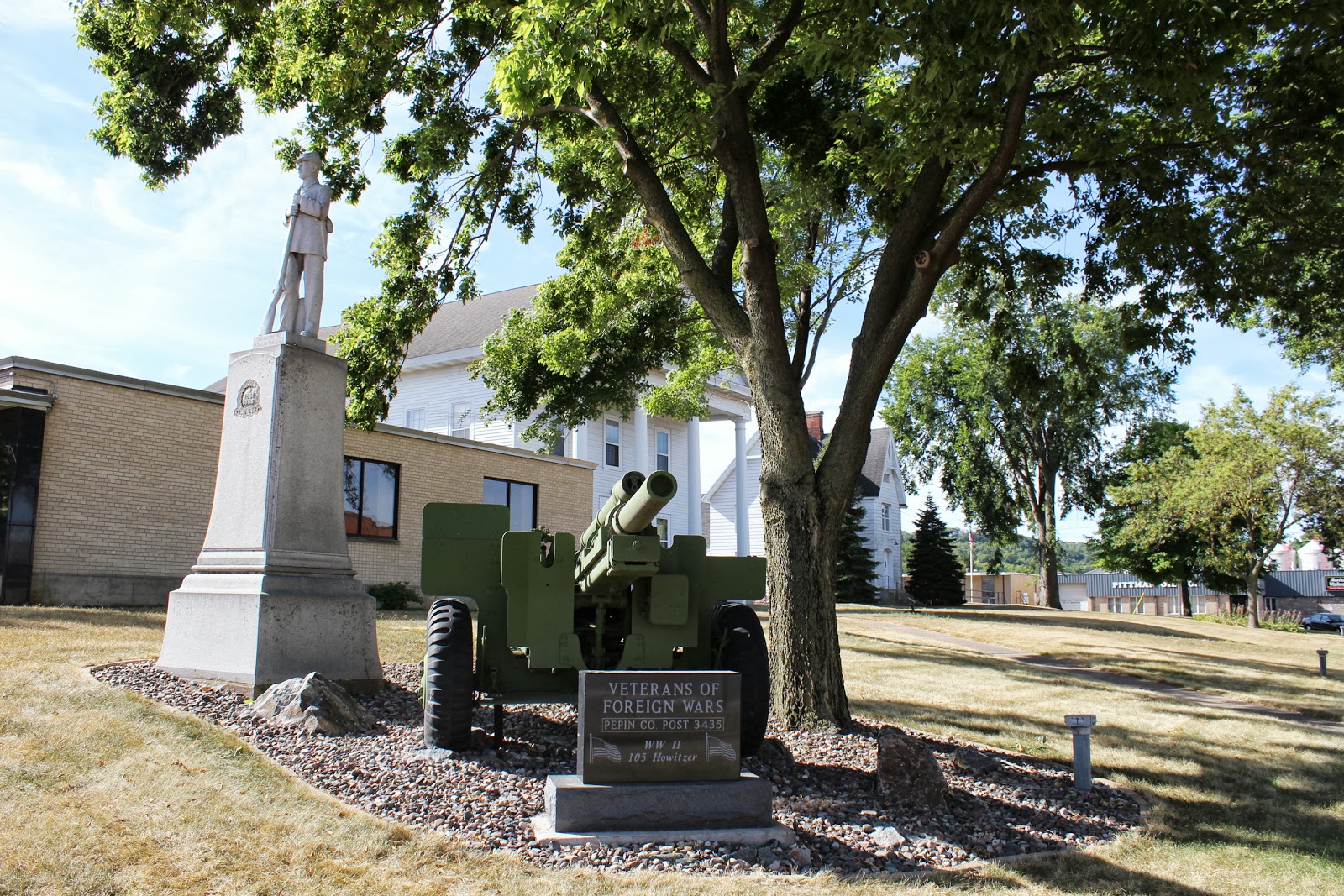 The courthouse lawn (and the above tree) was the scene of a lynching that gained widespread attention. On November 19, 1881, an angry mob seized Ed Maxwell, who had been accused of killing two lawmen. Still in handcuffs and leg irons and with a noose around his neck, Maxwell, "fighting like a tiger", was dragged down the courthouse steps to the above tree, where he was hanged. 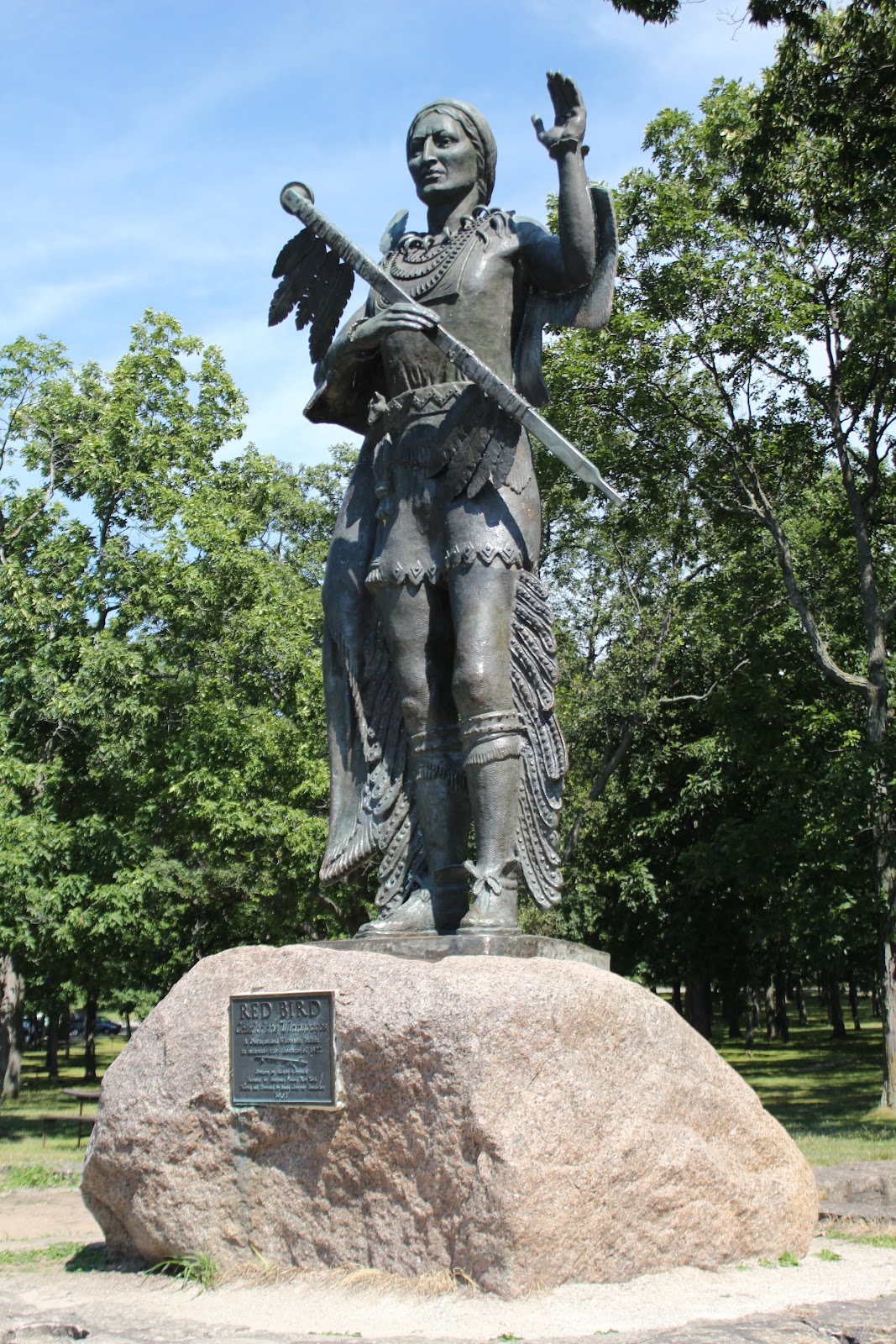 Rumors of murder, codes of revenge, killings, and a sentence to be hanged -- the story of Red Bird has it all! A gorgeous statue to his honor stands at High Cliff State Park in Calumet County. 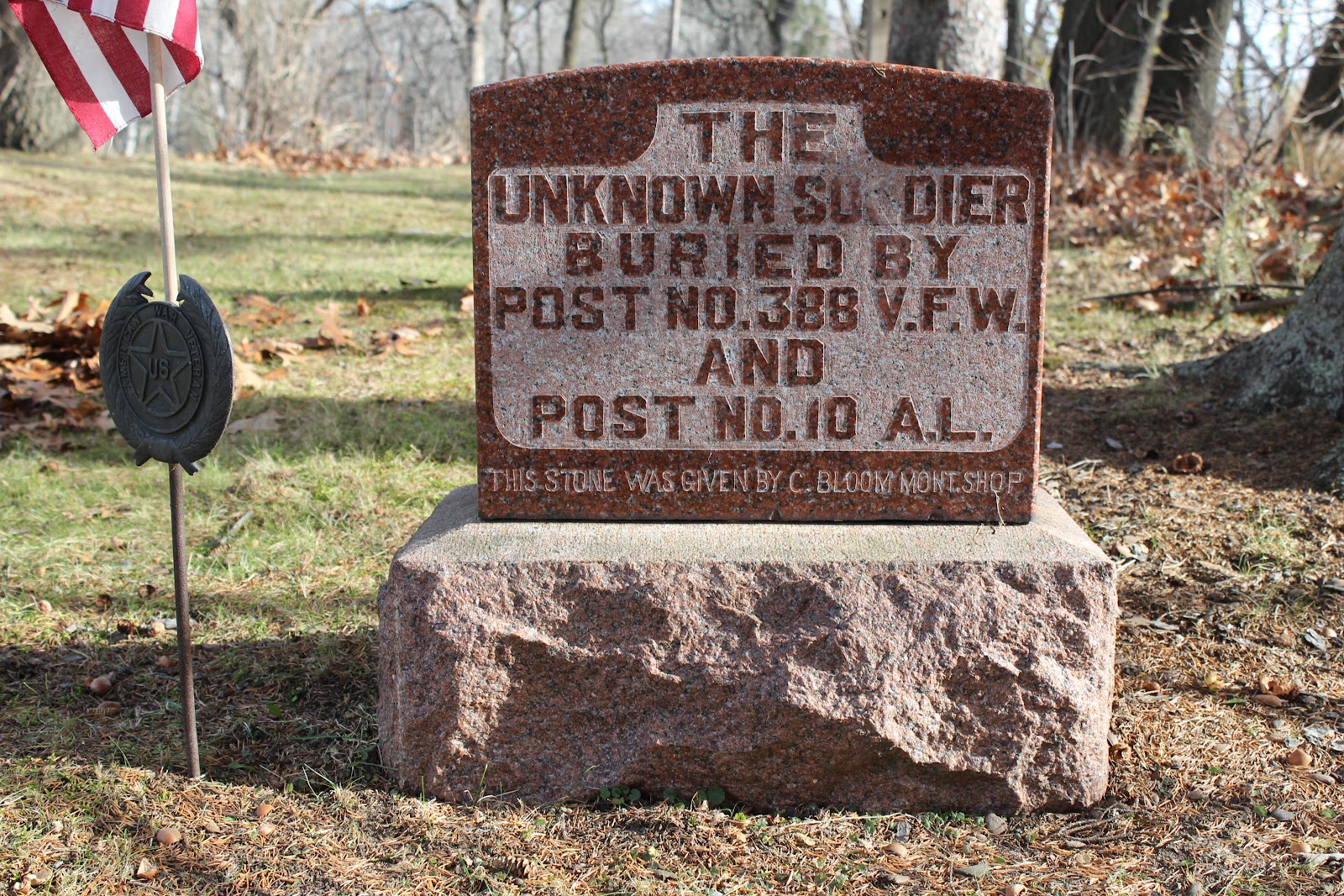 This is the gravesite on an unknown soldier, who died at his own hands in 1933. Destitute and out of options during the height of the great depression, this man, a World War I veteran, hanged himself near Mosinee. With no identification, and only a simple suicide note on his person, the body was interred at the field with the help of veterans from the local VFW and American Legion. To this day both organizations still decorate and maintain his site.