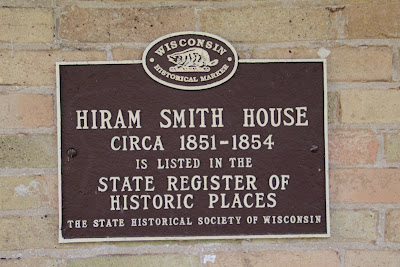 The Octagon House is located on the grounds of the Neenah Historical Society, and is accessible from westbound Smith Street, west of its intersection with Torrey Street, at or near 343 Smith Street, Neenah, Wisconsin 54956.

The Hiram Smith Octagon House was built on this site in 1856 by Edward Smith (1822-1980), a prosperous flour mill owner. Edward's brother and business partner, Hiram Smith (1829-1900) and Hiram's wife, Vesta (1844-1919) later lived in the home from 1873 until 1919. The home changed hands several times after that until the Quinn family purchased it in 1932. The Quinns sold the home to the Neenah Historical Society in 1993. The Octagon House now features exciting on-going exhibitions related to the stories and history of Neenah. 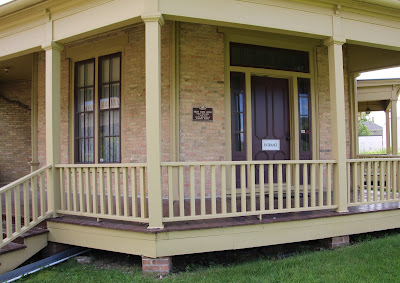 The small plaque is affixed to the north side building facade. 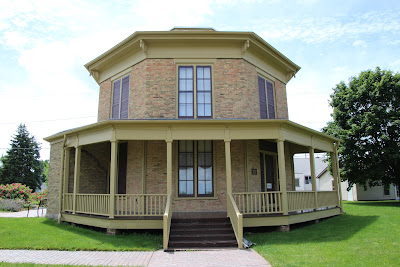 The small plaque is visible on the right side of the building. 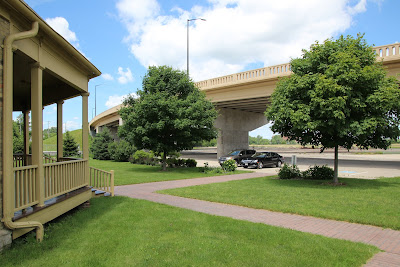 Looking north from the north side of the building. 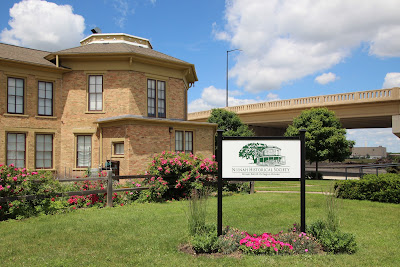 The east side of the octagon section of the building,
now owned by the Neenah Historical Society. The east side of the Hiram Smith House. 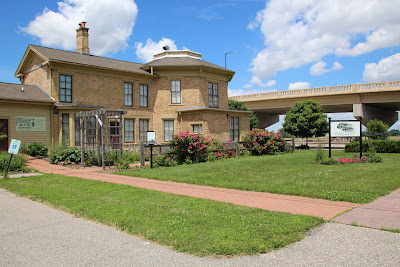 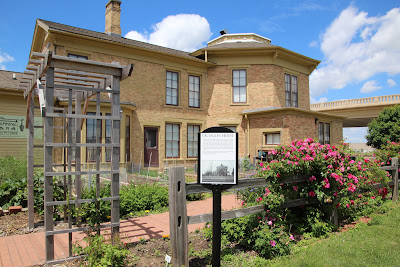 This historical marker tells the story of the Hiram Smith House.
See also, Octagon House, also at this location.

The house is on the grounds of the Neenah Historical Society. 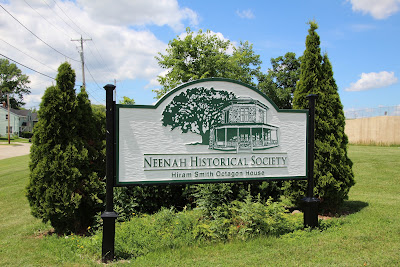 The Hiram Smith House is now owned by the
Neenah Historical Society. 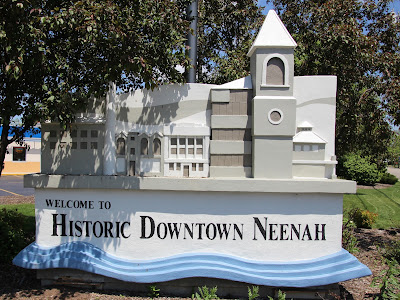 The Hiram Smith House is located in Neenah, Wisconsin.