A Tribute to the Pioneers 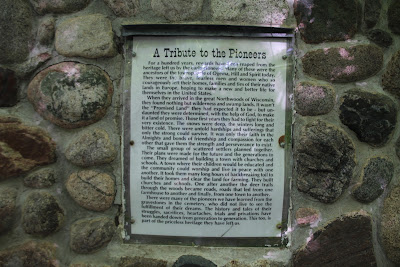 A Tribute to the Pioneers

For a hundred years, rewards have been reaped from the heritage left us by the early pioneers. Many of these were the ancestors of the townspeople of Ogema, Hill and Spirit today. They were the brave, fearless men and women who so courageously left their homes, families and ties of their native lands in Europe, hoping to make a new and better life for themselves in the United States.

When they arrived in the great Northwoods of Wisconsin, they found nothing but wilderness and swamp lands. It wasn't the "Promised Land" they had expected it to be -- but undaunted they were determined, with the help of God, to make it a land of promise. Those first years they had to fight for their very existence. The snows were deep, the winters long and bitter cold. There were untold hardships and sufferings that only the strong could survive. It was only their faith in the Almighty and bonds of friendship and compassion for each other that gave them the strength and perseverance to exist.

The small group of scattered settlers planned together. Their plans were made for the future and the generations to come. They dreamed of building a town with churches and schools. A town where their children would be educated and the community could worship and live in peace with one another. It took them many long hours of backbreaking toil to build their homes and clear the land for farming. They built churches and schools. One after another the deer trails through the woods became roads, roads that led from one farmhouse to another and finally, from one town to another.

There were many of the pioneers we have learned from the gravestones in the cemetery, who did not live to see the fulfillment of their dreams. The history and tales of their struggles, sacrifices, heartaches, trials and privations have been handed down from generation to generation. This too, is part of the priceless heritage they have left us.

See also, In Memory of the First Settlers of Ogema, Spirit and Hill, also at this location. 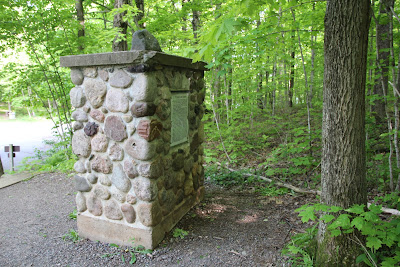 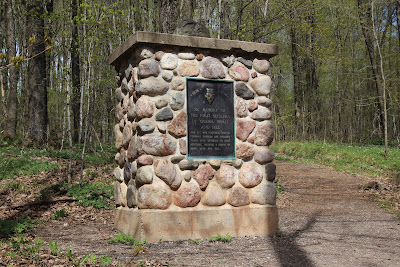 The plaque is on the back side of this monument. 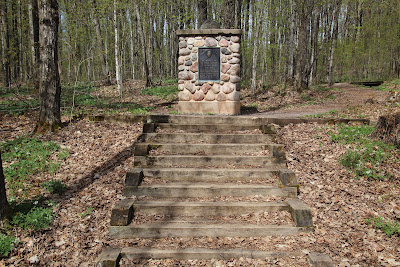 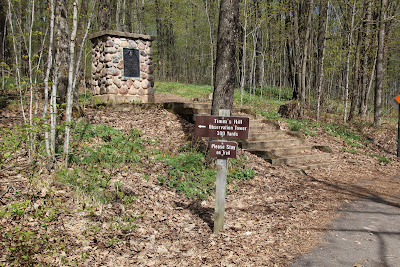 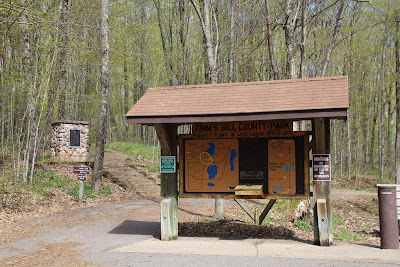 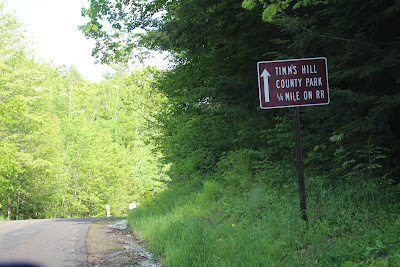 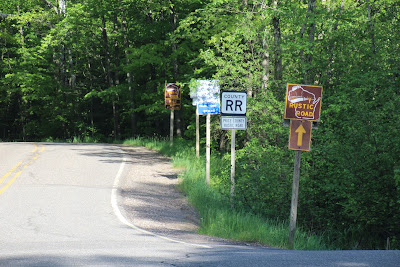 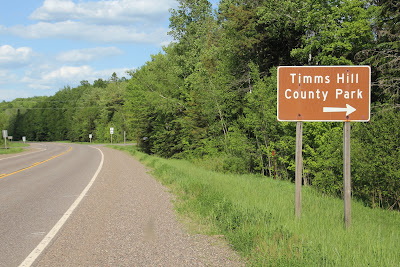 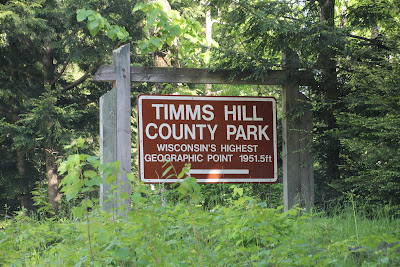 The marker is located at Timms Hill County Park
in Hill, Wisconsin.