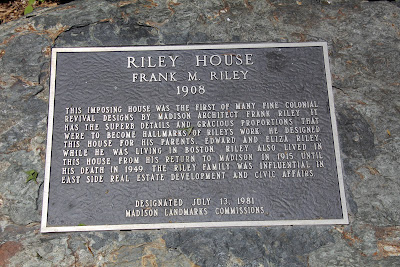 This imposing house was the first of many fine Colonial Revival designs by Madison architect Frank Riley. It has the superb details and gracious proportions that were to become hallmarks of Riley's work. He designed this house for his parents, Edward and Eliza Riley, while he was living in Boston. Riley also lived in this house from his return to Madison in 1915 until his death in 1949. The Riley family was influential in East side real estate development and civic affairs.


The marker is No. 67 in a series of markers erected by the Madison Landmarks Commission. 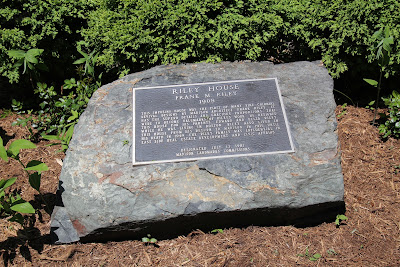 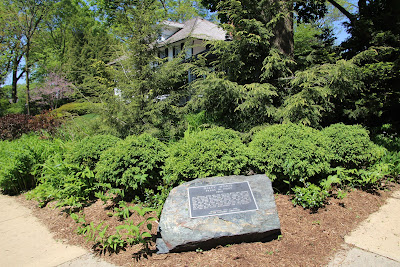 The Riley House is barely visible behind the bushes. 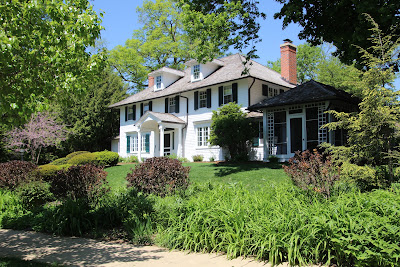 The Riley House is located in Madison, Wisconsin.