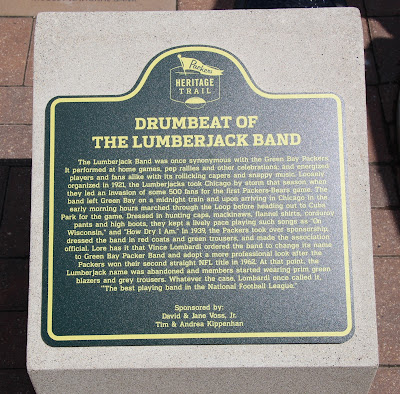 DRUMBEAT OF
THE LUMBERJACK BAND

The Lumberjack Band was once synonymous with the Green Bay Packers. It performed at home games, pep rallies and other celebrations, and energized players and fans alike with its rollicking capers and snappy music. Loosely organized in 1921, the Lumberjacks took Chicago by storm that season when they led an invasion of some 500 fans for the first Packers-Bears game. The band left Green Bay on a midnight train and upon arriving in Chicago in the early morning hours marched through the Loop before heading out to Cuba Park for the game. Dressed in hunting caps, mackinaws, flannel shirts, corduroy pants and high boots, they kept a lively pace playing such songs as "On Wisconsin," and "How Dry I Am." In 1939, the Packers took over sponsorship, dressed the band in red coats and green trousers, and made the association official. Lore has it that Vince Lombardi ordered the band to change its name to Green Bay Packer Band and adopt a more professional look after the Packers won their second straight NFL title in 1962. At that point, the Lumberjack name was abandoned and members started wearing prim green blazers and grey trousers. Whatever the case, Lombardi once called it, "The best playing band in the National Football League."

The marker and statue are located at Packers Heritage Trail Plaza, located on the northeast corner of North Washington Street and Cherry Street, Green Bay, Wisconsin 54301. 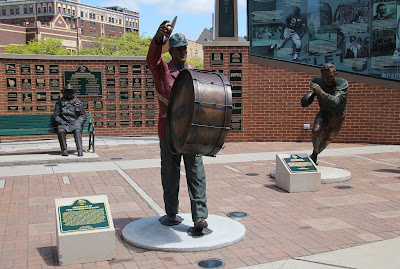 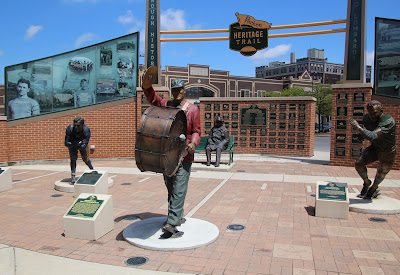 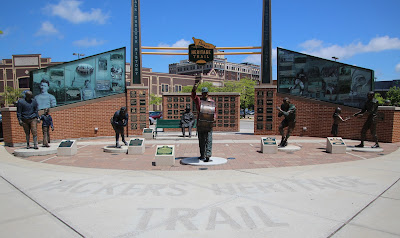 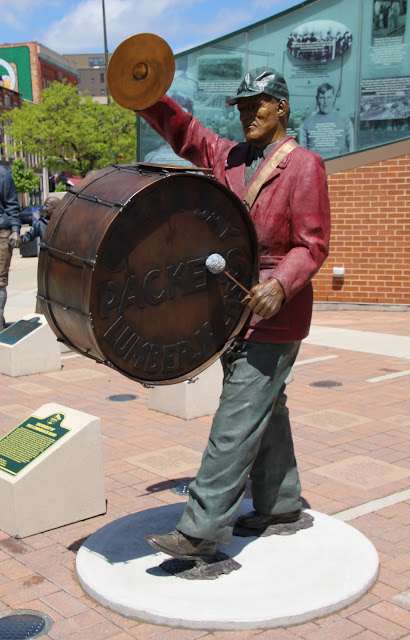 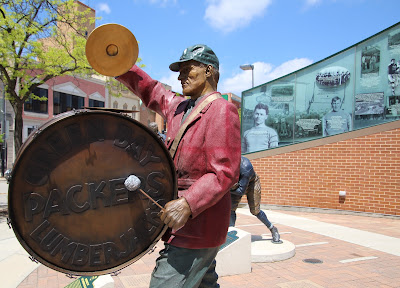 Although the movie is silent, it includes a lengthy segment showing
the Lumberjack Band (beings at 2:10). Fabulous!!!!! 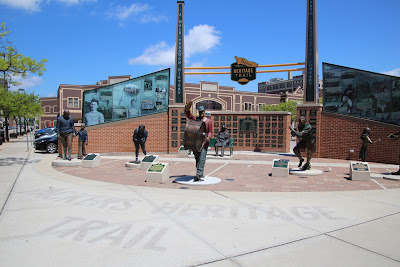 Installation of the the Lumberjack Drummer
Thursday, May 25, 2017 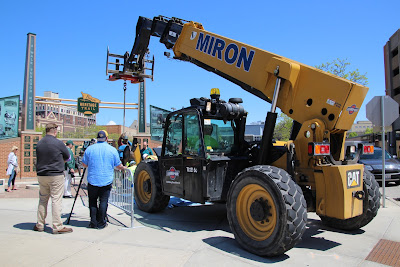 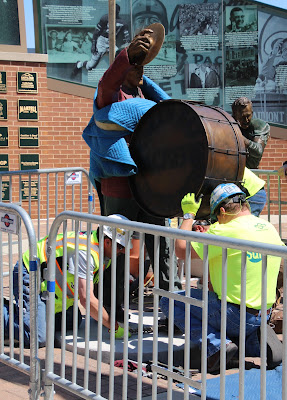 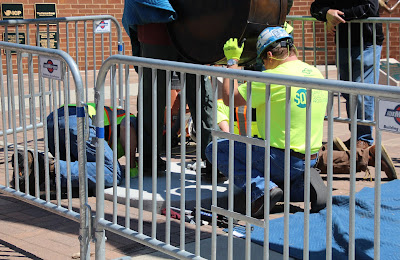 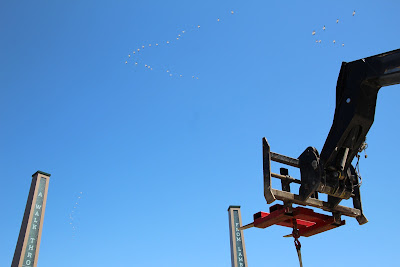 A flock of American White Pelicans kept track of the progress. 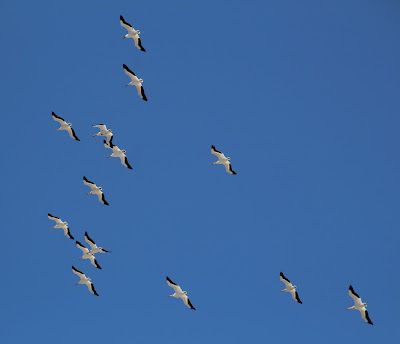 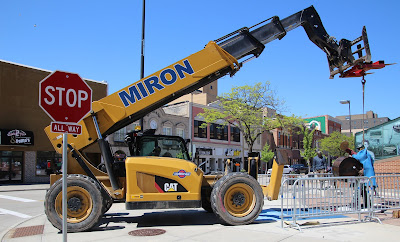 The work crew had to abandon the placement to
return to Lambeau Field for additional supplies.
The Lumberjack Drummer was literally left hanging . . . 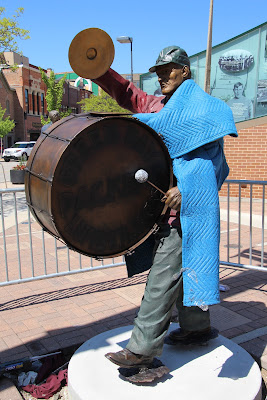 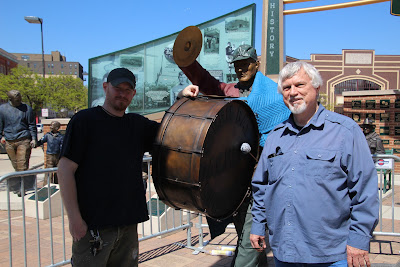 Sculptor Gary Tillery (on the right) and the cast maker (on the left). 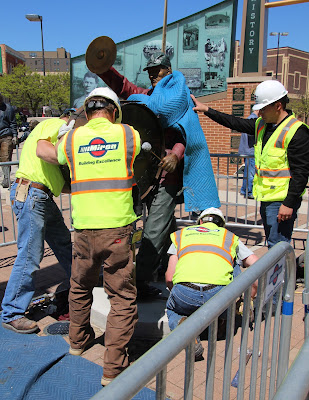 Back on track with the additional supplies. 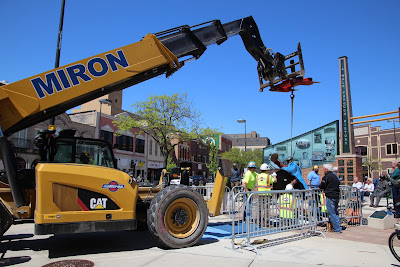 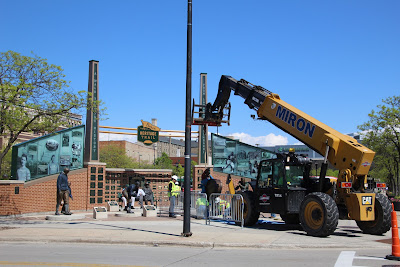 By now an hour had passed and I needed to leave.
The placement crew was still busy . . .