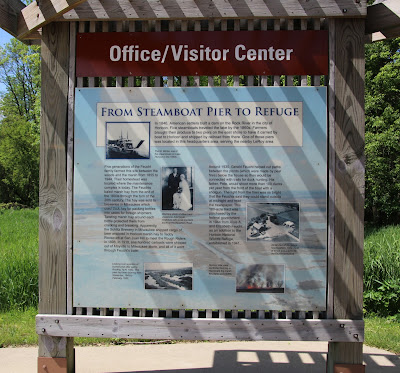 FROM STEAMBOAT PIER TO REFUGE

In 1846, American settlers built a dam on the Rock River in the city of Horicon. Five steamboats traveled the lake by the 1860s. Farmers brought their produce to two piers on the east shore to have it carried by boat to Horicon and shipped by railroad from there. One of those piers was located on the headquarters area, serving the nearby LeRoy area.

Five generations of the Feucht family farmed this site between the woods and the marsh from 1855 to 1944. Their homestead was located where the maintenance complex is today. The Feuchts baled marsh hay from the end of the 1800s through the turn of the 20th century. The hay was sold to breweries in Milwaukee which used thick hay for packing bottles into cases for foreign shipment. Twisting marsh hay around each bottle protected them from cracking and breaking. Apparently, the  Schlitz Brewery in Milwaukee shipped cargo of beer wrapped in Horicon marsh hay to Teddy Roosevelt at San Juan Hill to meet the Rough Riders in 1898. In 1910, one hundred carloads were shipped out of Mayville to Milwaukee alone, and all of it went through Feucht's baler.

Around 1930, Gerald Feucht helped cut paths between the ponds (which were made by peat fires) below the house so they would be connected with trails for duck hunting. His father, Pete, would shoot more than 100 ducks per year from the front of the boat with a shotgun. The light from the fires was so bright that the Feuchts said they could stand outside at midnight and read the newspaper. This 180-acre tract was purchased by the federal government in 1944 from Alois A. and Elizabeth Feucht as an addition to the Horicon National Wildlife Refuge, established in 1941. 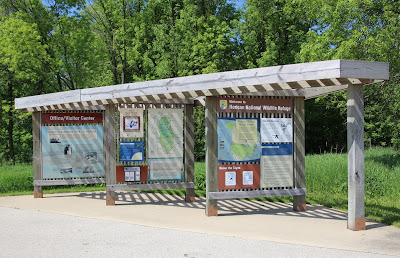 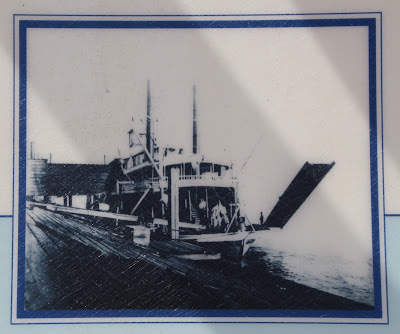 The M. Winter, one of the five steamboats
on Lake Horicon in the 1860s. 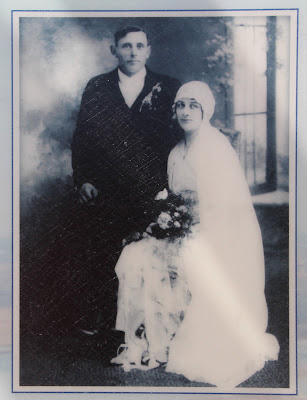 Wedding photo of Albert and Josephine Adelmeyer,
neighbors who lived one farm south
of Headquarters Road. 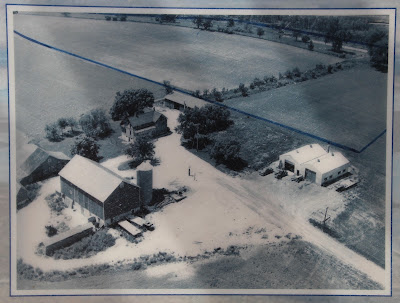 Ariel view of the refuge headquarters, 1952, most
of which was previously the Feucht farmstead. 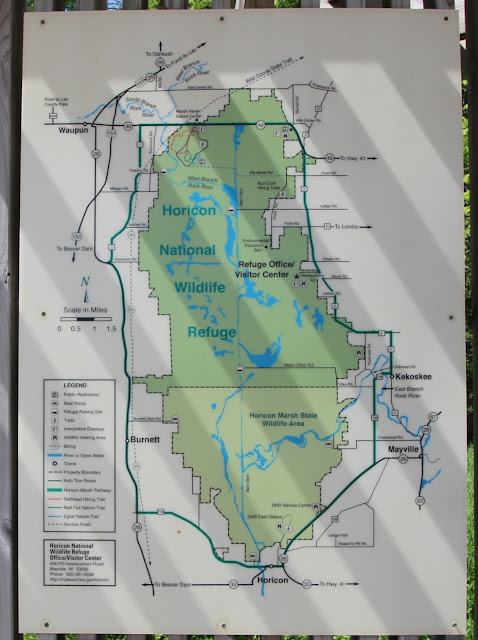 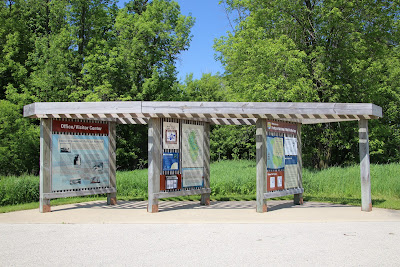 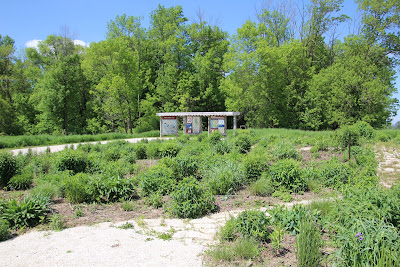 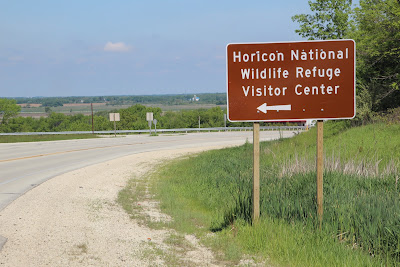 Plenty of highway signs leading to the location . . . 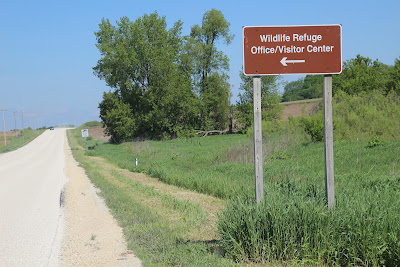 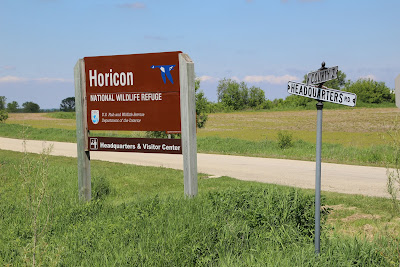 The entrance to the property at the intersection of
County Highway Z and Headquarters Road. 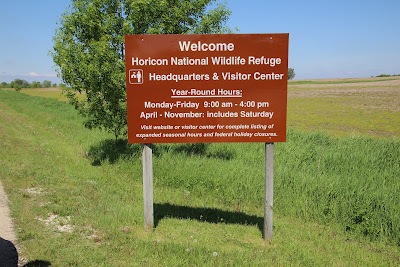 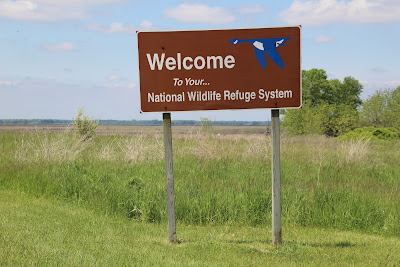 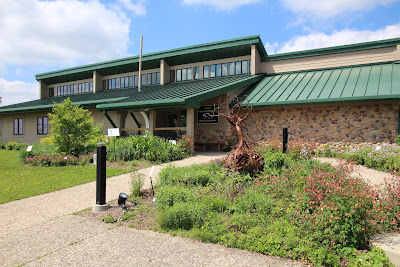 The entrance to the Visitor Center. 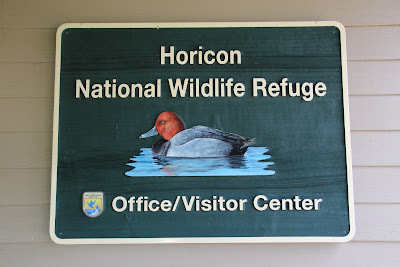 The kiosk is located at the Horicon National Wildlife Refuge
Visitor Center in Horicon, Wisconsin.