The house is a 1906 brick-clad home in Colonial Revival style, with a gambrel roof shingled with ornamental pressed sheet-metal. Heins was a German immigrant who opened a general store in Kiel in 1861, helped found Kiel Woodenware, Kiel Manufacturing, and the Kiel State Bank, and served in various civic roles.

Strange that Carl Gottlieb Heins is not mentioned in the 1881 publication, History of Northern Wisconsin:


This is a pleasant little village of 400 inhabitants, situated in the town of Schleswig, on the line of the Wisconsin Central Railroad, a few miles southeast of New Holstein, Calumet Co. Located in the midst of as good a farming country as can be found anywhere in the country. The general trade of the village is good. C. Hines, A. Mesch & Co., A Linder, F. Krieger and others, carry a large assortment in the general line. J. Duecker & Co., and G. H. Simon, are the most prominent dealers in hardware. J. Ruppenthal operates the only wagon manufactory in town; and other trades are well represented.

W. C. Reseburg, John and F. Duecker have just formed a partnership for the manufacture of syrup from sugar cane, this latter branch of agriculture being carried on to considerable extent in the country around Kiel. The factory and machinery have been built and put into running order at a cost of $4,500. This is the only establishment of the kind in Manitowoc County, and is a great addition to the business interests of Kiel. During that portion of the season when the syrup factory would be idle, the proprietors will use the engine and machinery for planing purposes.

Gutheil Bros.' Brewery was erected in 1858 by Bernhard and Ferdinand Gutheil. In 1866, the latter removed to Chilton, Louis Gutheil, the present member of the firm, being taken into partnership. The capacity of the brewery is about 500 barrels of beer per annum.

F. Mohr's cheese factory was erected in 1877, and is one of the leading manufactories of Kiel.

Besites her business, which is good for so small a place, Kiel has a district school, located in the village, taught by A. Wittmann. It consists of three grades. There is a Catholic church, in charge of Rev. Father August Schuleyer, who also is pastor of the St. Anna society, Calumet County, and a flourishing Lutheran Church, under the pastorate of Rev. L. Zenk.

Among the old settlers who have materially assisted in the growth of Kiel, and who still reside in the village, may be mentioned the Gutheil Brothers, August and F. Krieger, Charles Heins, J. Ruppenthal, John Barth and A. Guerbing. 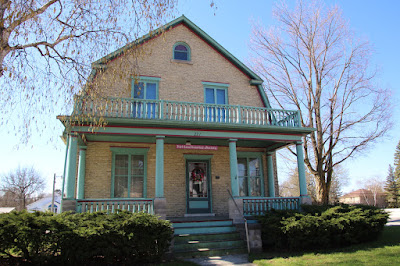 The small plaque is affixed to the facade, to the right of the entrance. 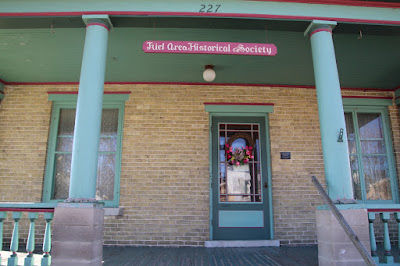 Today the house is home to the Kiel Area Historical Society. 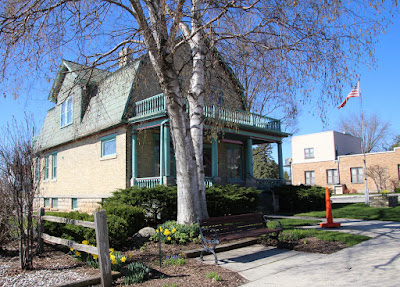 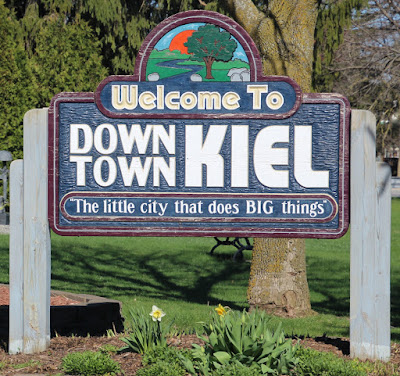 The Carl Gottlieb Heins House is located in Kiel, Wisconsin.