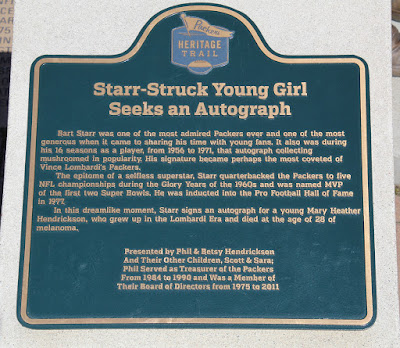 
Bart Starr was one of the most admired Packers ever and one of the most generous when it came to sharing his time with young fans. It also was during his 16 seasons as a player, from 1956 to 1971, that autograph collecting mushroomed in popularity. His signature became perhaps the most coveted of Vince Lombardi's Packers.

The epitome of a selfless superstar, Starr quarterbacked the Packers to five NFL championships during the Glory Years of the 1960s and was named MVP of the first two Super Bowls. He was inducted into the Pro Football Hall of Fame in 1977.

In this dreamlike moment, Starr signs an autograph for a young Mary Heather Hendrickson, who grew up in the Lombardi Era and died at the age of 28 of melanoma.

Presented by Phil & Betsy Hendrickson
And Their Other Children, Scott & Sara;
Phil Served as Treasurer of the Packers
From 1984 to 1990 and Was a Member of
Their Board of Directors from 1975 to 2011 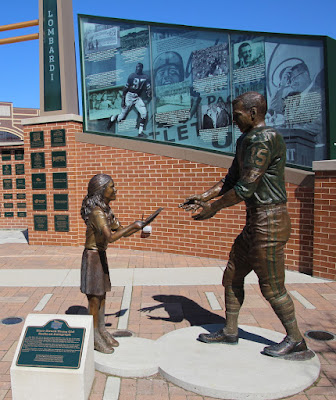 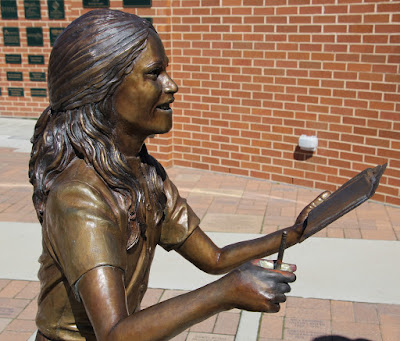 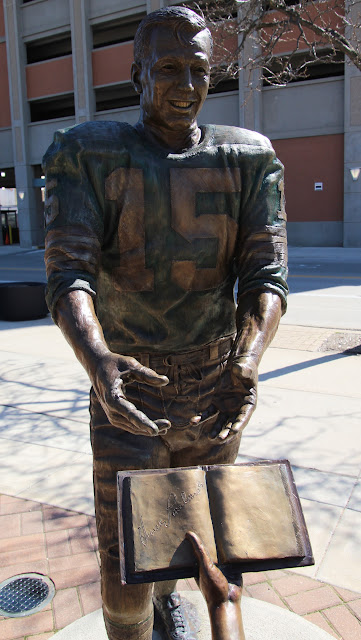 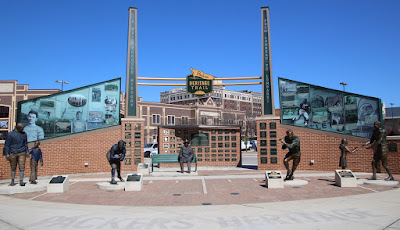 The statue and marker (visible to the right) are located