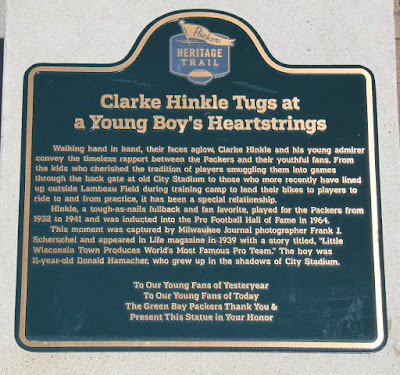 
Walking hand in hand, their faces aglow, Clarke Hinkle and his young admirer convey the timeless rapport between the Packers and their youthful fans. From the kids who cherished the tradition of players smuggling them into games through the back gate at old City Stadium to those who more recently have lined up outside Lambeau Field during training camp to lend their bikes to players to ride to and from practice, it has been a special relationship. Hinkle, a tough-as-nails fullback and fan favorite, played for the Packers from 1932 to 1941 and was inducted into the Pro Football Hall of Fame in 1964. This moment was captured by Milwaukee Journal photographer Frank J. Scherschel and appeared in Life magazine in 1939 with a story titled, "Little Wisconsin Town Produces World's Most Famous Pro Team." The boy was 11-year-old Donald Hamacher, who grew up in the shadows of City Stadium. 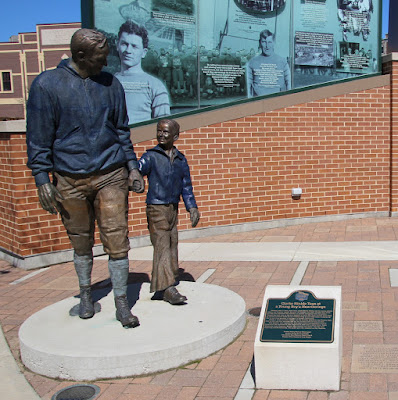 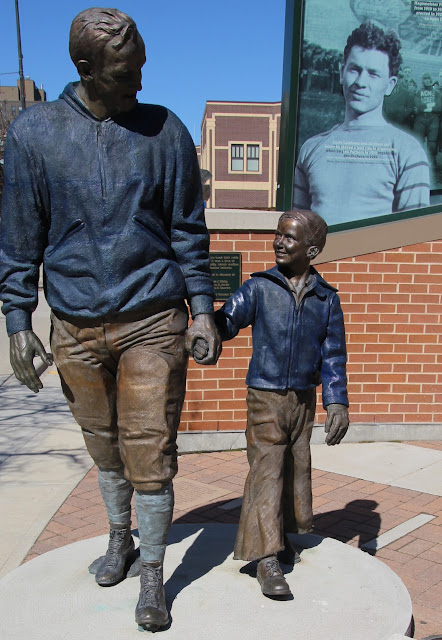 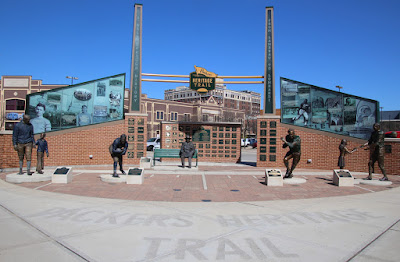