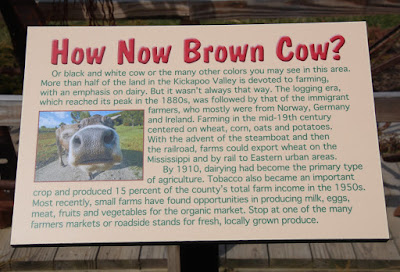 
Or black and white cow or the many other colors you may see in this area. More than half of the land in the Kickapoo Valley is devoted to farming, with an emphasis on dairy. But it wasn't always that way. The logging era, which reached its peak in the 1880s, was followed by that of the immigrant farmers, who mostly were from Norway, Germany and Ireland. Farming in the mid-19th century centered on wheat, corn, oats and potatoes. With the advent of the steamboat and then the railroad, farms could export wheat on the Mississippi and by rail to Eastern urban areas.
By 1910, dairying had become the primary type of agriculture. Tobacco also became an important crop and produced 15 percent of the country's total farm income in the 1950s. Most recently, small farms have found opportunities in producing milk, eggs, meat, fruits and vegetables for the organic market. Stop at one of the many farmers markets or roadside stands for fresh, locally grown produce. 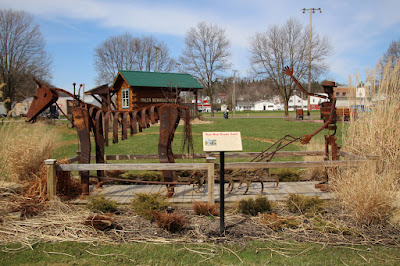 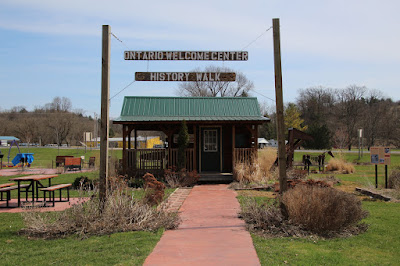 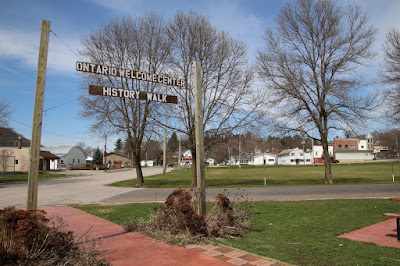