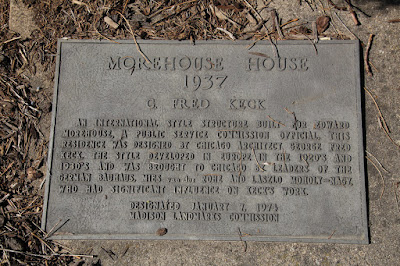 An International style structure built for Edward Morehouse, a Public Service Commission official, this residence was designed by Chicago architect George Fred Keck. The style developed in Europe in the 1920's and 1930's and was brought to Chicago by leaders of the German Bauhaus, Mies van der Rohe and Laszlo Moholy-Nagy, who had significant influence on Keck's work.

The marker is located at the V-intersection of Summit Avenue and Ely Place, at or near 101 Ely Place, Madison, Wisconsin 53726.

The marker is No. 21 in a series of markers erected by the Madison Landmarks Commission. 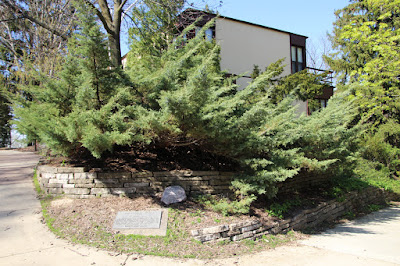 The marker is visible in the foreground, in the ground. 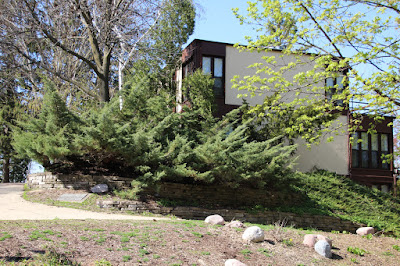 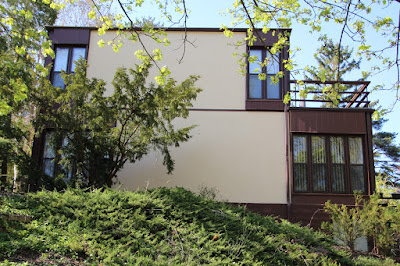 The Summit Avenue side of the house. 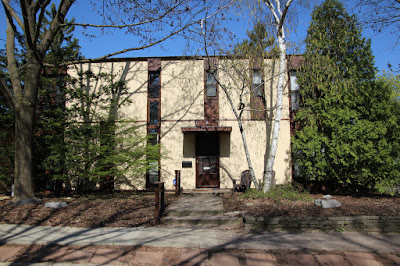 The Ely Street side of the house.
The house is located in Madison, Wisconsin.