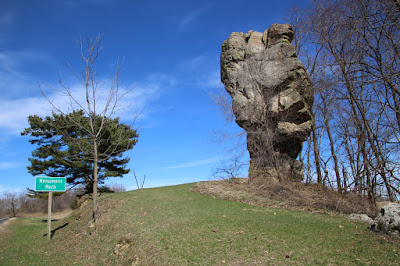 How long, old rock, has thou stood thee in all they stern grandeur? How long has thou looked down on the inhabitants of this earth, who have passed thee in all their pomp and pride? Had it been possible, would not thy stern, old features have relaxed into a smile of contempt at their self-conceit? How long, old rock, hast thou withstood the scorching suns of summer and the keen blasts of winter?

Who can tell they age? Art thou not so old as the "everlasting hills?" When the Creator first divided the sea from the dry land, thou heardst the command to come forth, and thou obeyed -- to show the wonderful wisdom and power of thy Maker. And long years before the feet of white men pressed the prairie sod, thou wast witness to the midnight revelries of the forest.

History has recorded scenes of savage barbarity almost incredible, but hadst thou the power of speech, couldst thou not tell to the awe-struck traveler, who has, perhaps, lingered to gaze upon thy moss-covered sides, a tale, compared with which the mightiest efforts of the pen would be fables?

Stand thou there still, old rock, till the end of the creation in which they existence first commenced. Let no impious hand date touch thee to profane thy majestic form! Let vain main look up to thee and learn their own nothingness and inferiority!

One mile south, on the road leading to Prairie du Chien, is a natural curiosity known as "Monument Rock." This huge mass of grey limestone rising above the level of the prairie to a height of sixty or seventy feet, it is impossible to pass within sight of without being attracted by its singular appearance. From the base to the top it seems gradually crumbling away under the influence of various causes, and this unequal decomposing gives rise to a great variety of interesting forms, and presents a singularly picturesque character, having the appearance of some lofty watch-tower, or a castellated form like the half ruined wall of some ancient fortified city. This lofty pile has withstood storms of centuries; and from its weather-beaten crest, one would imagine ages have rolled over it, and still it stands a silent monument of the past to guide travelers, and a land-mark to the inhabitants in all the region around. 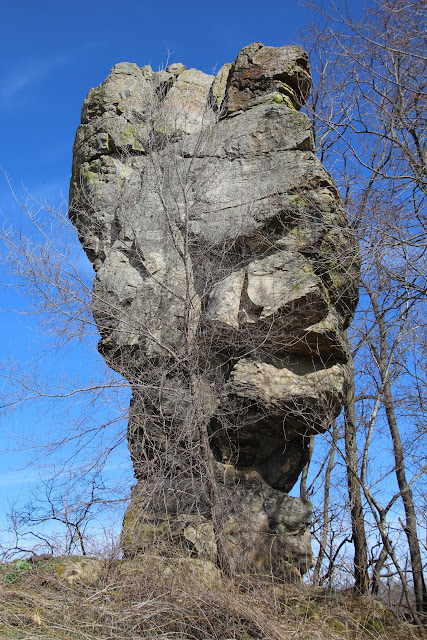 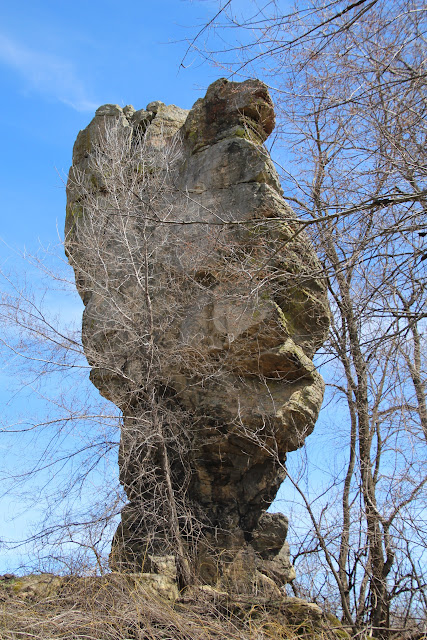 I see the face of a Native American.
In this shot the left eye seems to have opened . . . 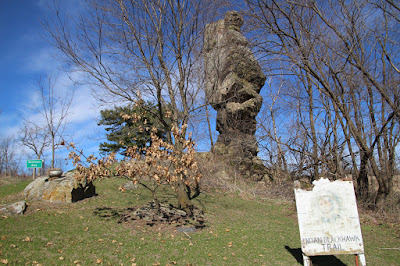 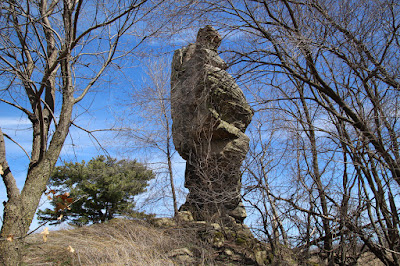 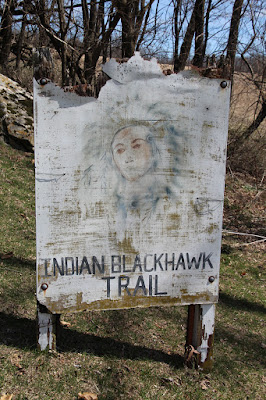 Sign at the base of the Monument Rock hill. 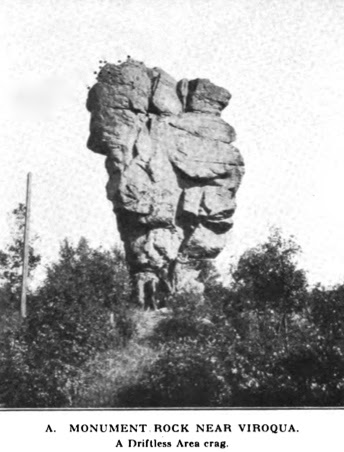 The Physical Geography of Wisconsin,
by Lawrence Martin, A.M., Ph.D.
Wisconsin Geological and Natural History Survey
Bulletin No. XXXVI
Educational Series No. 4
Published by the State
1916 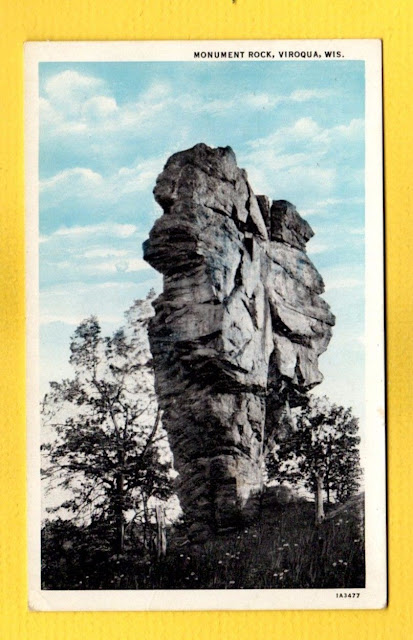 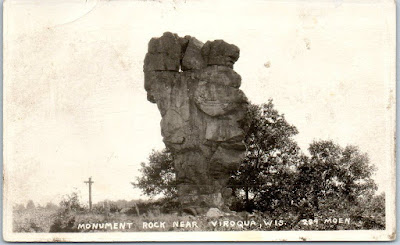 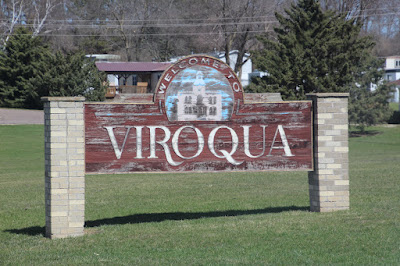 The monument is located near Viroqua, Wisconsin.