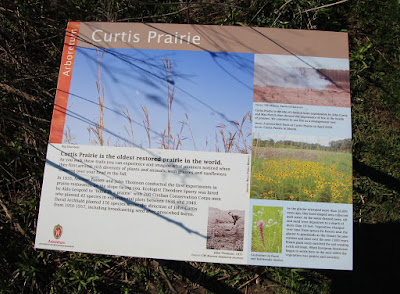 Curtis Prairie is the oldest restored prairie in the world.

As you walk these trails you can experience and imagine what pioneers noticed when they first arrived: rich diversity of plants and animals, with grasses and sunflowers towering over your head in the fall.

In 1935, Norman Fassett and John Thomson conducted the first experiments in prairie restoration on the slope facing you. Ecologist Theodore Sperry was hired by Aldo Leopold to "build us a prairie" with 200 Civilian Conservation Corps men who planted 42 species in experimental plots between 1936 and 1940. David Archbald planted 156 species under the direction of John Curtis from 1950-1957, including broadcasting seed after prescribed burns.

Curtis Prairie is the site of classical burn experiments by John Curtis and Max Partch that showed the importance of fire in the health of prairies. We continue to use fire as a management tool.

As the glacier retreated more than 10,000 years ago, this bowl-shaped area collected melt water. As the water drained away, silt and sand were deposited to a depth of more than 10 feet. Vegetation changed over time from spruce-fir forests near the glacier to grasslands as the climate became warmer and drier over the next 7,000 years. Prairie plant roots enriched the soil creating a rich silt-loam. When European-Americans began to settle here in the mid-1800s the vegetation was prairie and savanna.

The marker is located on the grounds of the University of Wisconsin-Madison Arboretum and is accessible from Longenecker Drive, northeast of its convergence with McCaffey Drive, Madison, Wisconsin 53711. 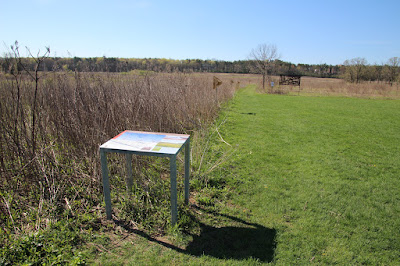 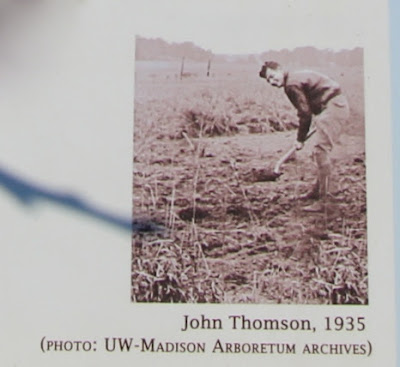 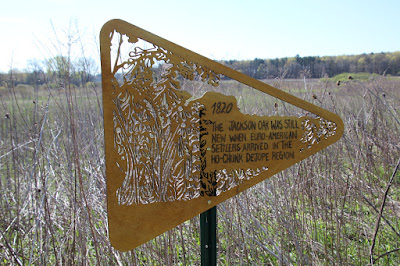 1820
The Jackson Oak was still new when Euro-American settlers
arrived in the Ho-Chunk Dejope region. 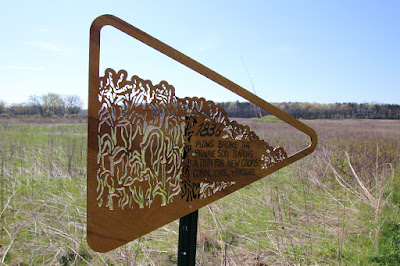 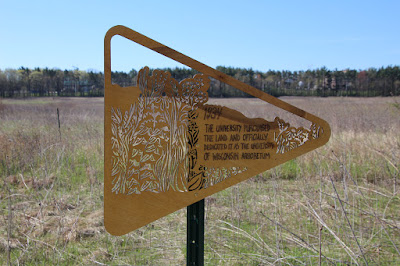 1926
After over eighty years of farming the land was left fallow,
used only to pasture horses. 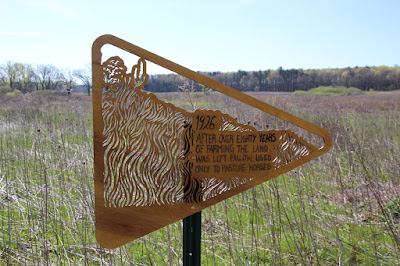 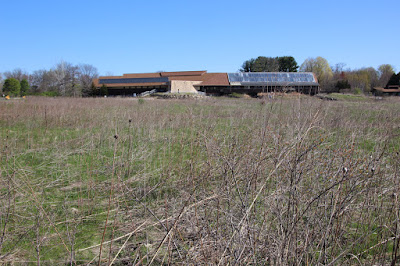 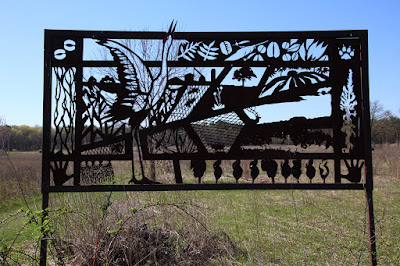 The marker is located at the UW-Madison Arboretum
in Madison, Wisconsin.