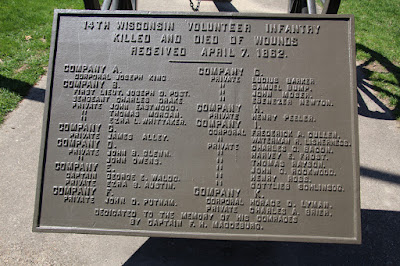 Dedicated to the Memory of his Comrades
by Captain F. H. Magdeburg.

The marker is located at the top of a knoll at Camp Randall Memorial Park, on southbound North Randall Avenue, at its T-intersection with West Dayton Street, Madison, Wisconsin 53706.

NOTE: The above coordinates will take you to the memorial's exact location at the park. 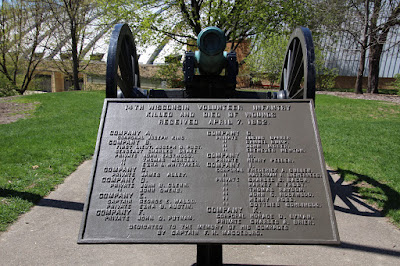 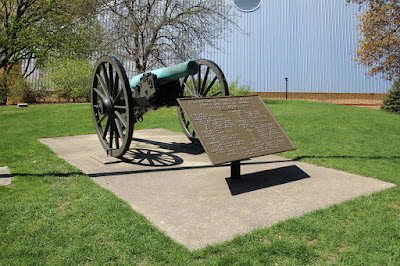 1888 Chromolithograph of the Battle of Shiloh, American Civil War
This media file is in the public domain;
click here for more information. 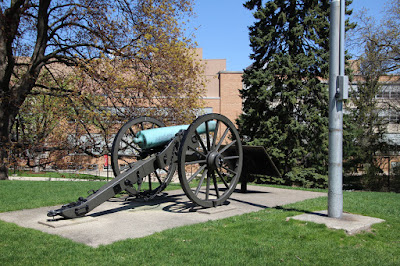 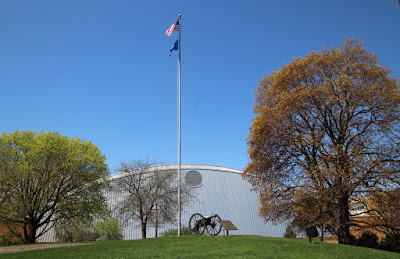 The memorial is at the top of a knoll.