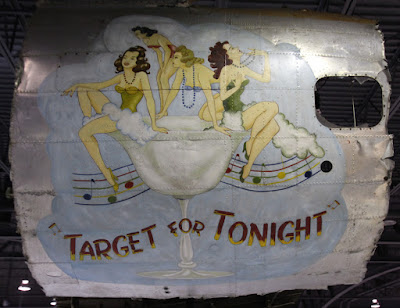 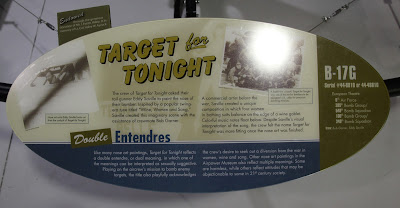 The crew of Target for Tonight asked their tail gunner Eddy Saville to paint the nose of their bomber. Inspired by a popular swing-era tune titled "Wine, Women and Song," Saville created this imaginary scene with the assistance of crewmate Bob Garner.

A commercial artist before the war, Saville created a unique composition in which four women in bathing suits balance on the edge of a wine goblet. Colorful music notes float below, Despite Saville's visual interpretation of the song, the crew felt the name Target for Tonight was more fitting once the nose art was finished.

Like many nose art paintings, Target for Tonight reflects a double entendre, or dual meaning, in which one of the meanings can be interpreted as sexually suggestive. Playing on the aircrew's mission to bomb enemy targets, the title also playfully acknowledges the crew desire to seek out a diversion from the war in women, wine and song. Other nose art paintings in the Airpower Museum also reflect multiple meanings. Some are harmless, while others reflect attitudes that may be objectionable to some in 21st century society. 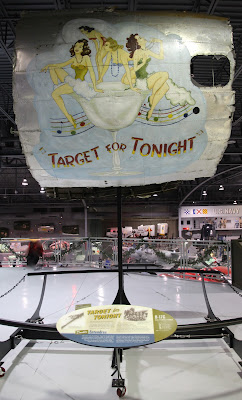 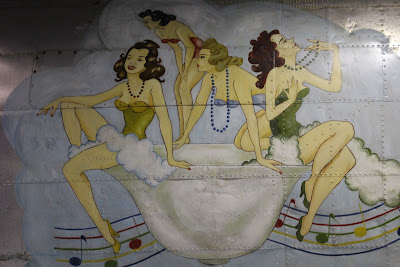 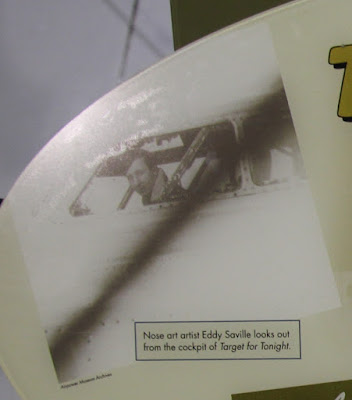 Nose artist Eddy Seville looks out
from the cockpit of Target for Tonight.

Target for Tonight is part of the Commemorative Air Force
WWII Nose Art Collection, on display through December 2017
at the EAA Air Venture Museum in Oshkosh, Wisconsin.