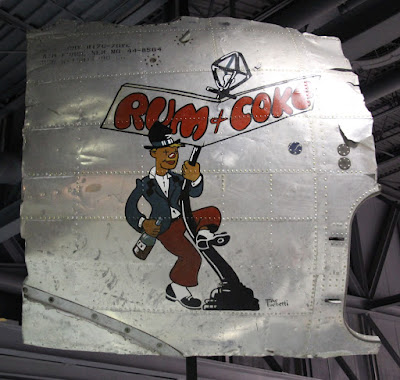 Drawing inspiration from the comic strips of Walt Disney, Milton Caniff and All Capp, many nose artists chose to paint cartoons rather than pin-ups. Rum & Coke artist Mike Luchetti chose to interpret a popular Andrews Sisters' song in cartoon form. Though not part of Rum & Coke's crew, Luchetti did serve with the 840th Bomb Squadron of the 483rd Bomb Group.

Rum & Coke was named after a song by the Andrews Sisters, a popular singing trio well known for entertaining troops overseas. When the song "Rum and Coca-Cola" came out in 1944, it immediately went platinum . . . radio stations refused to play this wild popular . . . song, which talks of alcohol and a popular . . . soft drink.

Rum & Coke is part of the part of the Commemorative Air Force WWII Nose Art Collection, on display November 2015 through December 2017, at the EAA AirVenture Museum located at 3000 Poberezny Road, Oshkosh, Wisconsin 54902. 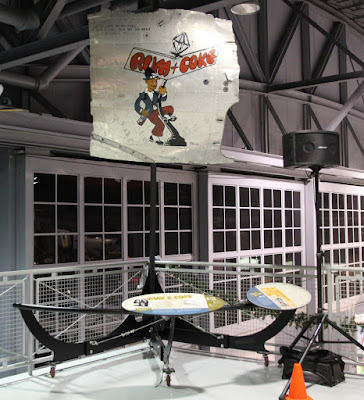 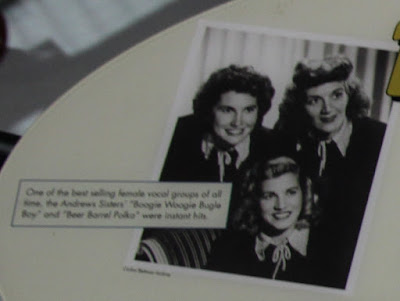 One of the best selling female vocal groups of all
time, the Andrew Sister's "Boogie Woogie Bugle
Boy" and "Beer Barrel Polka" were instant hits. 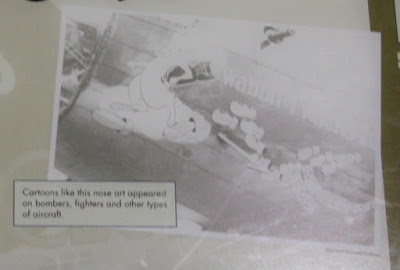 Cartoons like this nose art appeared
on bombers, fighters and other types
of aircraft. 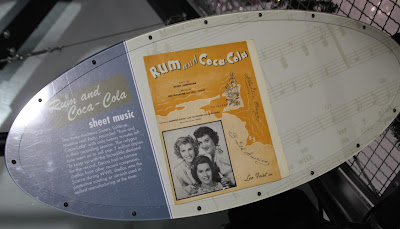 The three Andrews Sisters, LaVerne, Maxine and Patty, recorded "Rum and Coca-Cola" with only twenty minutes left in their recording session. The calypso tune went on to sell over 7 million copies. To keep up with the incredible demand for the record, Decca had to borrow shellac from other record companies. Scarce during WWII, shellac was the protective coating or varnish used in record manufacturing at the time. Rum & Coke is part of the Commemorative Air Force
WWII Nose Art Collection, on display during 2016
at the EAA AirVenture Museum in Oshkosh, Wisconsin.