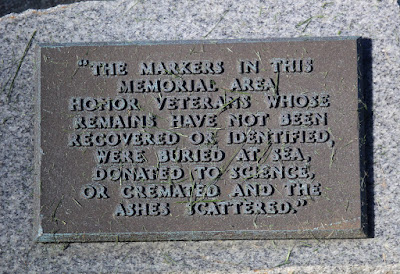 "The markers in this
memorial area
honor veterans whose
remains have not been
recovered or identified,
were buried at sea,
donated to science,
or cremated and the
ashes scattered."

The memorial is located inside Wood National Cemetery, and is accessible from southbound Juneau Avenue, just south of its intersection with Walker Road, Milwaukee Wisconsin 53214. 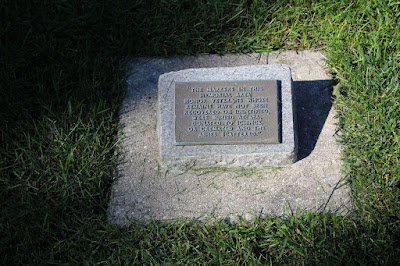 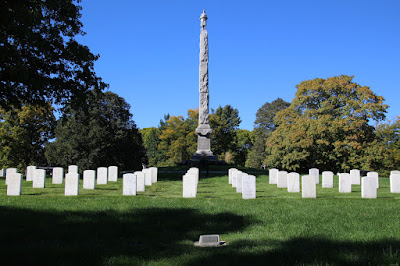 The small marker is visible front center in the photo.

One of the soldiers honored at this location: 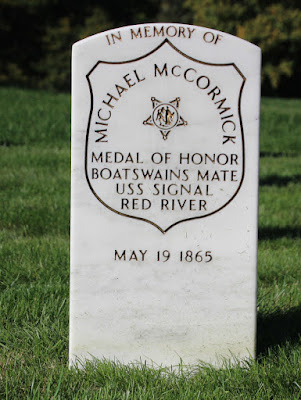 The President of the United States of America, in the name of Congress, takes pleasure in presenting the Medal of Honor to Boatswain's Mate Michael McCormick, United States Navy, for extraordinary heroism in action, serving as Boatswain's Mate on board the U.S.S. Signal, Red River, Louisiana, 5 May 1864. Proceeding up the Red River, the U.S.S. Signal engaged a large force of enemy field batteries and sharpshooters, returning the fire until the ship was totally disabled, at which time the white flag was raised. Serving as Gun Captain and wounded early in the battle, Boatswain's Mate McCormick bravely stood by his gun in the face of the enemy fire until ordered to withdraw.

NOTE: BM McCormick is not buried at this location.
This is a headstone "In Memory of" him.
BM McCormick's exact burial location is unknown. 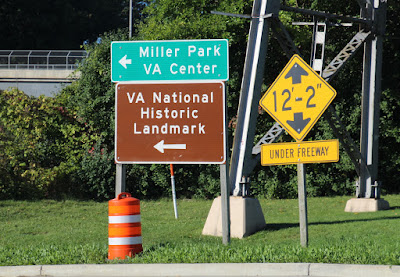 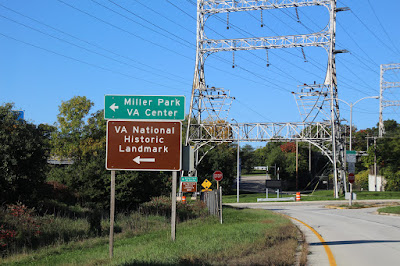 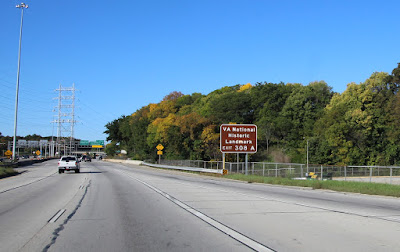 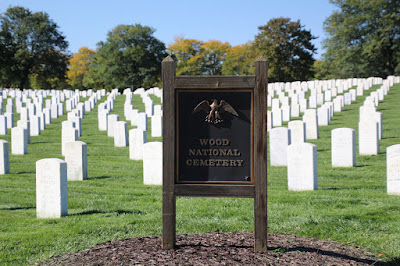 The marker is located at Wood National Cemetery
in Milwaukee, Wisconsin.