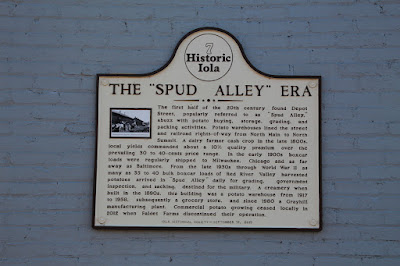 The first half of the 20th century found Depot Street, popularly referred to as “Spud Alley,” abuzz with potato buying, storage, grading, and packing activities. Potato warehouses lined the street and railroad rights-of-way from North Main to North Summit. A dairy farmer cash crop in the late 1800s, local yields commanded about a 10% quality premium over the prevailing 30 to 40-cents price range. In the early 1900s boxcar loads were regularly shipped to Milwaukee, Chicago, and as far away as Baltimore. From the late 1930s through World War II as many as 35 to 40 bulk boxcar loads of Red River Valley harvested potatoes arrived in “Spud Alley” daily for grading, government inspection, and sacking, destined for the military. A creamery when built in the 1890s, this building was a potato warehouse from 1917 to 1958, subsequently a grocery store, and since 1980 a Grayhill manufacturing plant. Commercial potato growing ceased locally in 2012 when Faldet Farms discontinued their operation.

The marker is affixed to the north side of a building located on westbound Depot Street, west of its intersection with North Main Street, at or near 65 Depot Street, Iola Wisconsin 54945.

This marker is No. 7 in a series of historical markers erected by the Iola Historical Society. 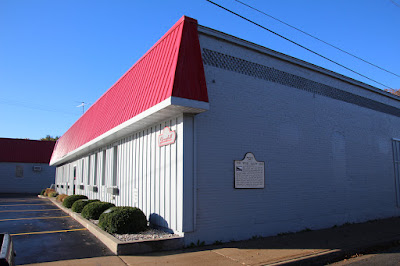 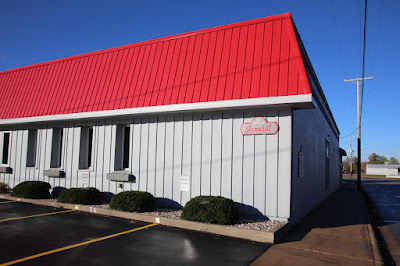 The marker is visible to the right, in the shade . . . 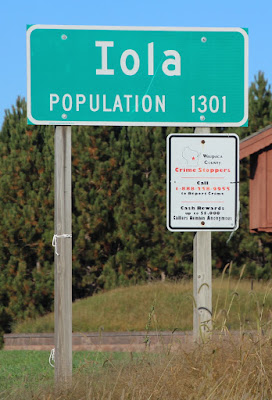 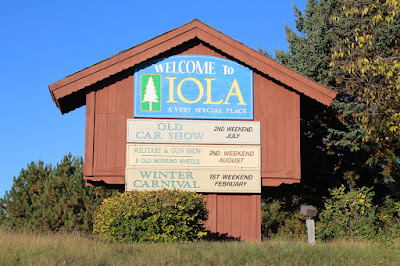 The marker is located in Iola, Wisconsin.