CLINTONVILLE
MAIN STREET
Dedicated to the citizens of Clintonville October 24, 1995.
This area, first known simply as "The Pigeon", is named for Norman and Lydia Clinton, first permanent white settlers, who arrived here in February, 1855.
1879  Incorporated as a village
1887  Chartered as a city
Main Street Project originated in 1989 by "Marketplace 2001"

The monument is the centerpiece of a small community plaza / park adjacent to First State Bank and is accessible from southbound South Main Street / County Highway D, Wisconsin Highway 22, south of its intersection with 9th Street, at or near 60 South Main Street, Clintonville, Wisconsin 54929. 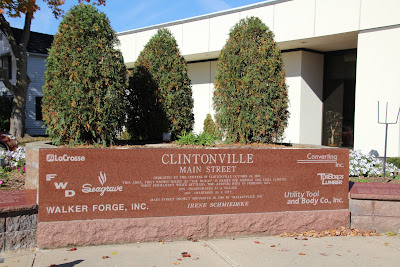 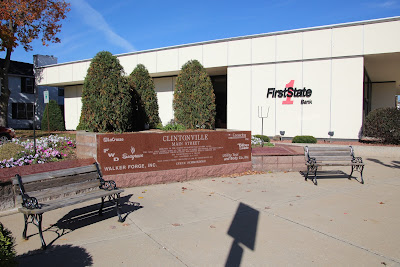 The monument is located in Clintonville, Wisconsin.