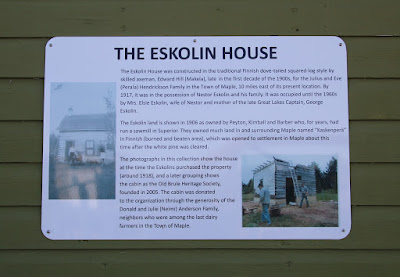 The Eskolin House was constructed in the traditional Finnish dove-tailed squared-log style by skilled axeman, Edward Hill (Makela), late in the first decate of the 1900s, for the Julius and Eve (Perala) Hendrickson Family in the Town of Maple, 10 miles east of its present location. By 1917, it was in the possession of Nestor Eskolin and his family. It was occupied until the 1960s by Mrs. Elsie Eskolin, wife of Nextor and mother of the late Great Lakes Captain, George Eskolin.

The Eskolin land is shown in 1906 as owned by Peyton, Kimball and Barber who, for years, had run a sawmill in Superior. They owned much land in and surrounding Maple named "Kaskenperä" in Finnish (burned and beaten area), which was opened to settlement in Maple about this time after the white pine was cleared.

The photographs in this collection show the house at the time the Eskolins purchased the property (around 1918), and a leter grouping shows the cabin as the Old Brule Heritage Society, founded in 2005. The cabin was donated to the organization through the generosity of the Donald and Julie (Neimi) Anderson Family, neighbors who were among the last dairy farmers in the Town of Maple.

The Escoline House and marker are located on eastbound Old Highway 13, at its intersection with Wisconsin Route 13, South Range, Wisconsin 54874. 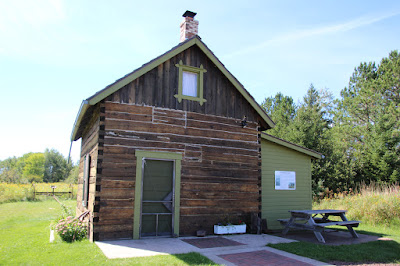 The marker is affixed to the north side of the building
(visible to the right). 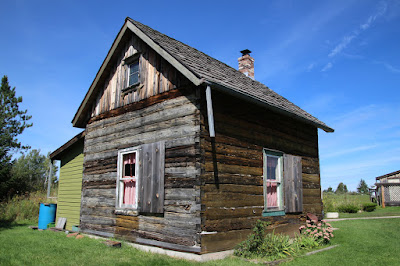 The southeast corner of the building . . . 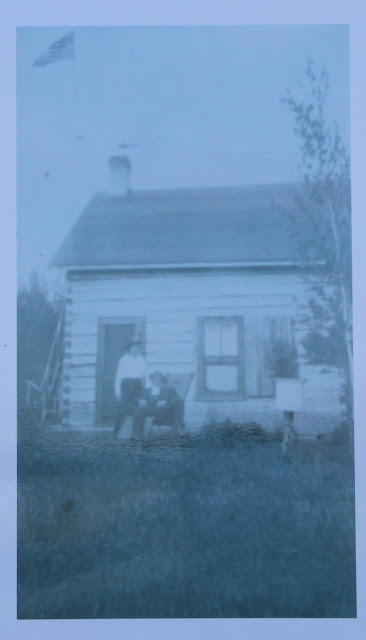 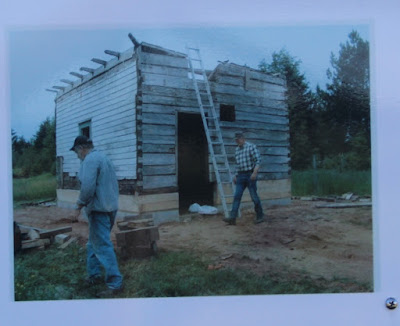 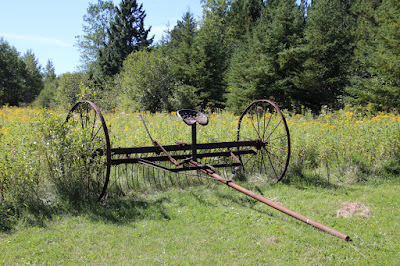 Antique farm equipment on the property . . . 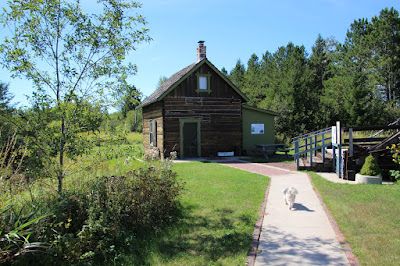 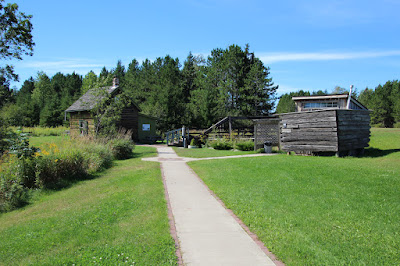 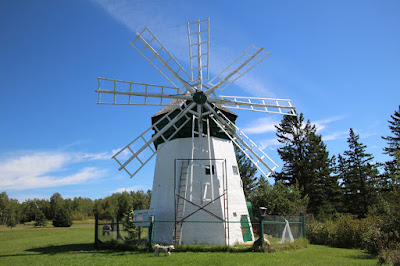 The Davidson Windmill (listed on the National Register
of Historic Places), is also at this location. 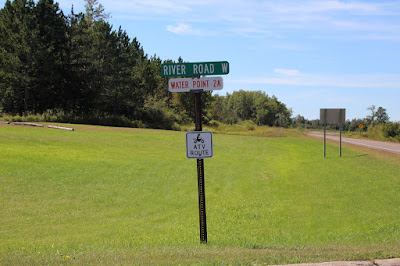 The Eskolin House (to the left out of photo range) is
located at the intersection of River Road W and Wisconsin Highway 13. 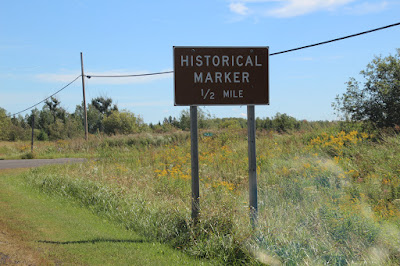 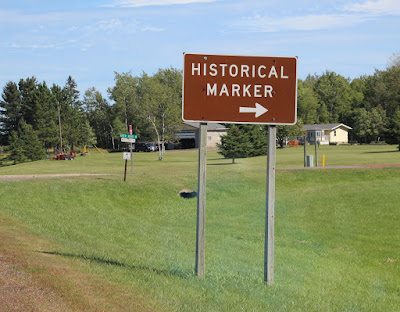