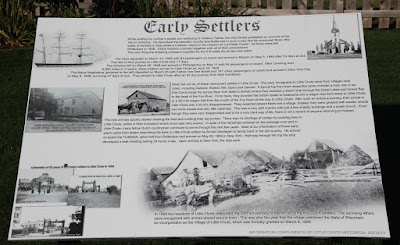 While settling his mother's estate and wintering in Holland, Father Van Den Broek published an account of his stay in America. He described the beautiful country and fertile soil in such a way that he convinced three ship loads of families to help settle a Catholic colony in his mission at "La Petite Chute". All three ships left Rotterdam in 1848. Entire families cramped together with all of their possessions. The only thing the shipping company supplied for 6-8 week trip at sea was water.

Most, but not all, of these newcomers settled in Little Chute. The early immigrants to Little Chute were from villages near Uden, including Zeeland, Boekel Mill, Oploo and Gemert. A typical trip from their respective posts involved a train ride or an Erie Canal barge trip across New York State to Buffalo where they boarded a steam ship through the Great Lakes and Green Bay to the head of the Fox River. From there, they boarded flat bottom boats to Kaukauna and a wagon ride from there to Little Chute or a 30 mile [sic] wagon ride from the mouth of the Fox River all the way to Little Chute. After such an arduous journey, their arrival in Little Chute was a bit of a disappointment. They expected plowed fields and a village. Instead, they were greeted with woods, woods and more woods and very little clearings. This was a very wild country with just a few shabby buildings and a small church. Even though they were very disappointed and in for a very hard way of life, there is not a record of anyone returning to Holland.

The new arrivals quickly started clearing the land and building their log homes. There was no shortage of lumber for building here in Little Chute, unlike in their homeland where wood was very scarce. In spite of the hardships endured on the passage over and in Little Chute, many fellow Dutch countrymen continued to arrive through the next few years. Most of our information of those early years came from letters describing life here in Little Chute written by Arnold Verstegen to family back in the old country. He arrived on board the TUSKINA [sic], which left from Rotterdam and arrived on May 25, 1850 in New York. Half way [sic] through the trip the ship developed a leak needing bailing 24 hours a day. Upon arriving in New York, the ship sank.

In 1898 the residents of Little Chute celebrated the 50th anniversary of the arrival of the first Dutch settlers. The surviving 48'ers were recognized with arches placed around town. This was also the year that the village petitioned the State of Wisconsin for incorporation as the Village of Little Chute, which was formally granted on March 8, 1899. 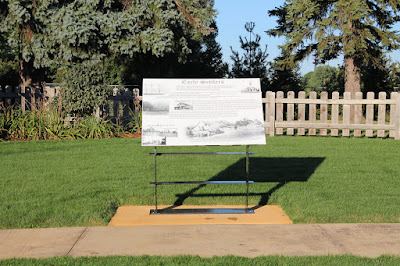 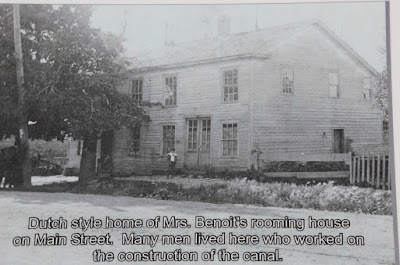 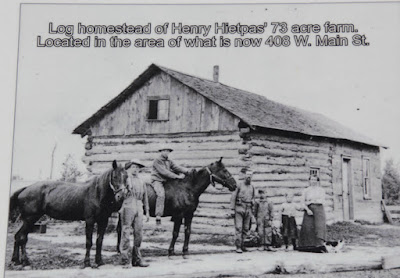 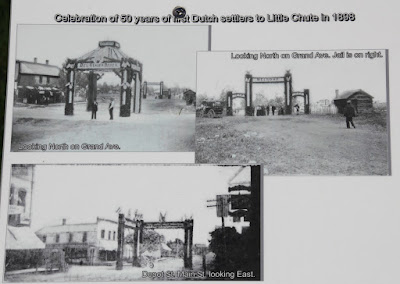 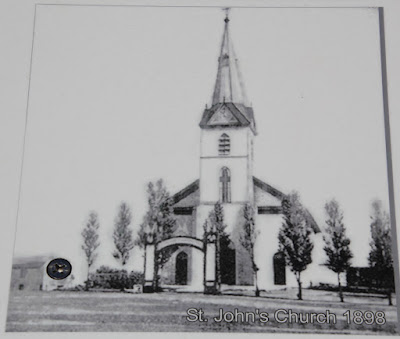 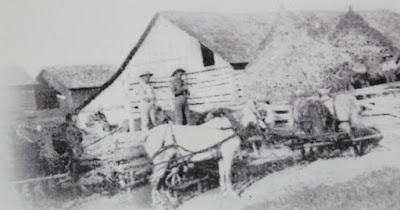 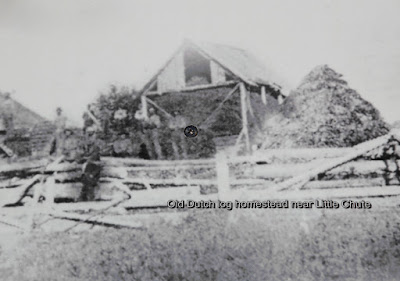 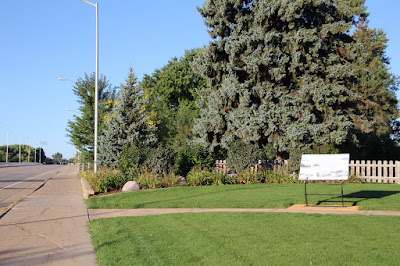 Looking south along North Washington Street,
with the marker to the right. 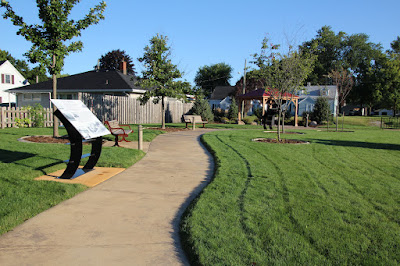 The marker is at a small park. 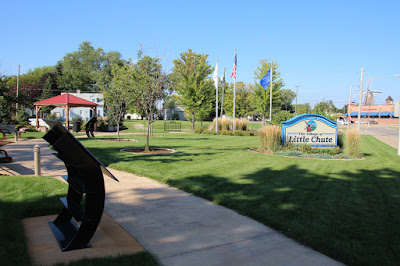 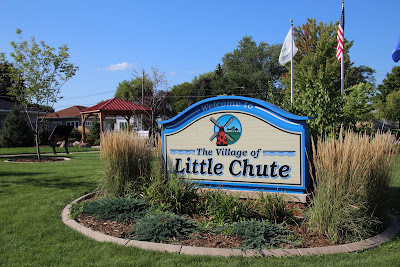