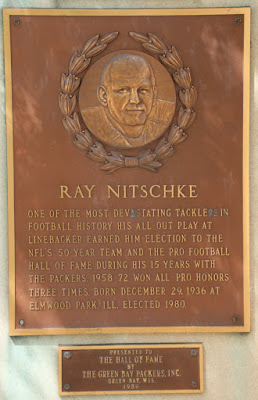 One of the most devastating tacklers in football history his all-out play at linebacker earned him election to the NFL's 50-year team and the Pro Football Hall of Fame during his 15 years with the Packers, 1958-72. Won All-Pro Honors three times. Born December 29, 1936 at Elmwood Park, Ill. Elected 1980.