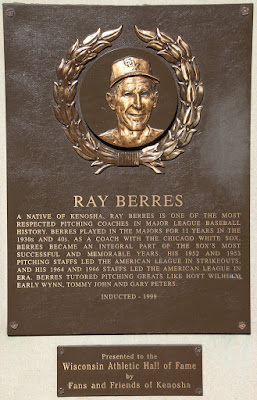 A native of Kenosha, Ray Berres is one of the most respected pitching coaches in Major League Baseball history. Berres played in the Majors for 11 years in the 1930s and 40s. As a coach with the Chicago White Sox, Berres became an integral part of the Sox's most successful and memorable years. His 1952 and 1953 pitching staffs led the American League in strikeouts, and his 1964 and 1966 staffs led the American League in ERA. Berres tutored pitching greats like Hoyt Wilhelm, Early Wynn, Tommy John and Gary Peters.