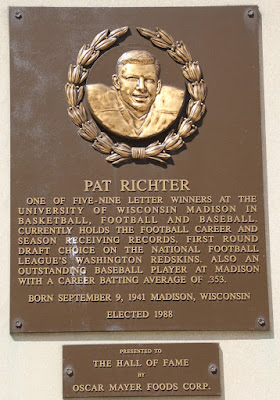 One of five-nine letter winners at the University of Wisconsin Madison in basketball, football and baseball. Currently holds the football career and season receiving records. First round draft choice on the National Football League's Washington Redskins. Also an outstanding baseball player at Madison with a career batting average of .353.