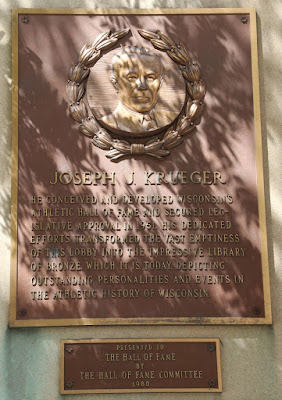 He conceived and developed Wisconsin's Athletic Hall of Fame and secured legislative approval in 1951. His dedicated efforts transformed the vast emptiness of this lobby into the impressive library of bronze, which it is today. Depicting outstanding personalities and events in the athletic history of Wisconsin.