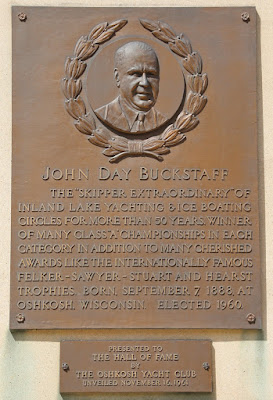 The "Skipper Extraordinary" of Inland Lake yachting & ice boating circles for more than 50 years, winner of many Class "A" championships in each category in addition to many cherished awards like the internationally famous Felker-Sawyer-Stuart and Hearst trophies. Born September 7, 1888, at Oshkosh, Wisconsin. Elected 1960.