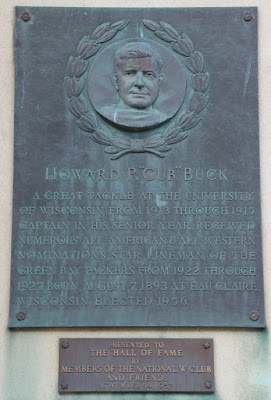 A great tackle at the University of Wisconsin from 1913 through 1915. Captain in his senior year. Received numerous All-American & All-Western nominations. Star lineman of the Green Bay Packers from 1922 through 1925. Born, August 7, 1893, at Eau Claire, Wisconsin. Elected 1956.