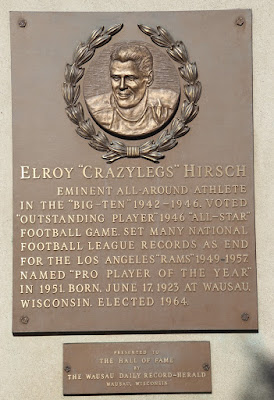 Elroy Hirsch (1943)
944 Michiganensian, p. 88
This image is in the public domain;
click here for more information.