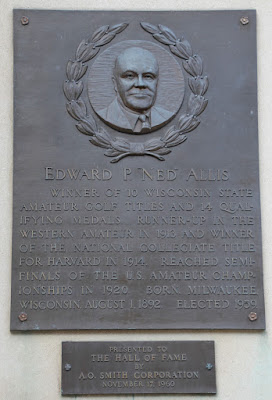 Winner of 10 Wisconsin State Amateur Golf Titles and 14 qualifying medals. Runner-up in the Western Amateur in 1913 and winner of the National Collegiate Title for Harvard in 1914. Reached semi-finals of the U.S. Amateur Championships in 1920. Born, Milwaukee, Wisconsin, August 1, 1892. Elected 1959.