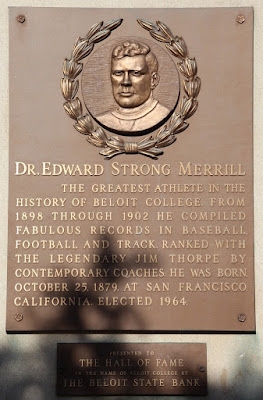 The greatest athlete in the history of Beloit College. From 1898 through 1902 he compiled fabulous records in baseball, football and track. Ranked with the legendary Jim Thorpe by contemporary coaches. He was born, October 25, 1879, at San Francisco, California. Elected 1964.