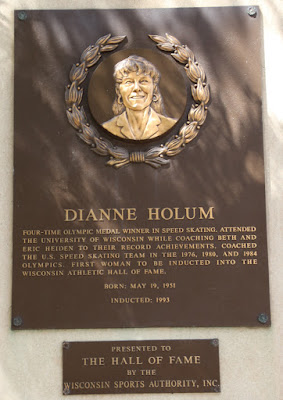 Four-time Olympic medal winner in speed skating. Attended the University of Wisconsin while coaching Beth and Eric Heiden to their record achievements. Coached the U.S. Speed Skating Team in the 1976, 1980, and 1984 Olympics. First woman to be inducted into the Wisconsin Athletic Hall of Fame.

Born: May 19, 1951
Inducted: 1993
The marker is located at the Wisconsin Athletic Hall of Fame at the UW-Milwaukee Panther Arena, and is accessible from southbound North 4th Street, between West State Street (to the north) and West Kilbourn Avenue (to the south), at or near 400 West Kilbourn Avenue, Milwaukee, Wisconsin 53203.