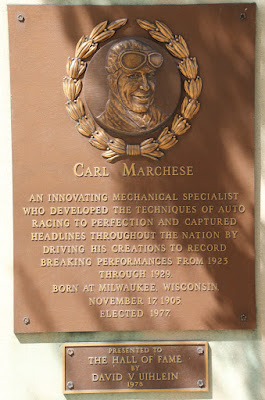 An innovating mechanical specialist who developed the techniques of auto racing to perfection and captured headlines throughout the nation by driving his creations to record breaking performances from 1923 through 1929. Born at Milwaukee, Wisconsin, November 17, 1905. Elected 1977.