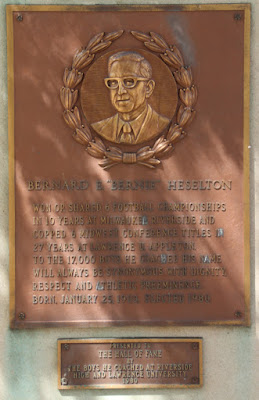 Won or shared 6 football championships in 10 years at Milwaukee Riverside and copped 6 midwest conference titles in 27 years at Lawrence U. Appleton. To the 17,000 boys he coached his name will always be synonymous with dignity, respect and athletic preeminence. Born January 25, 1903. Elected 1980.