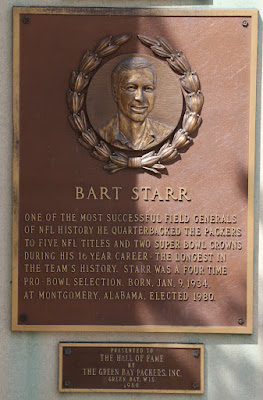 One of the most successful field generals of NFL history he quarterbacked the Packers to five NFL titles and two Super Bowl crowns during his 16 year career - the longest in the team's history. Starr was a four time Pro-Bowl selection. Born, Jan. 9, 1934, at Montgomery, Alabama. Elected 1980.