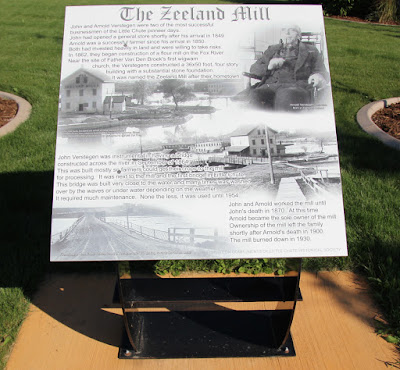 
John and Arnold Verstegen were two of the most successful businessmen of the Little Chute pioneer days. John had opened a general store shortly after his arrival in 1849. Arnold was a successful farmer since his arrival in 1850. Both had invested heavily in land and were willing to take risks. Near the site of Father Van Den Broek's first wigwam church, the Verstegens constructed a 36x50 foot, four story building with a substantial stone foundation. It was named the Zeeland Mill after their hometown.

John Verstegen was instrumental in having a bridge constructed across the river in September of 1864. This was built mostly so farmers could get their crops to the mill for processing. It was next to the mill and the first bridge in Little Church. The bridge was built very close to the water and many times was washed over by the waves or under water depending on the weather. It [the bridge] required much maintenance. None the less, it was used until 1954.

John and Arnold worked the mill until John's death in 1870. At this time Arnold became the sole owner of the mill. Ownership of the mill left the family shortly after Arnold's death in 1900. The mill burned down in 1930. 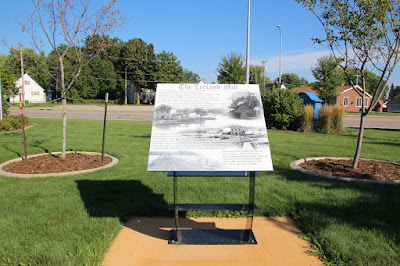 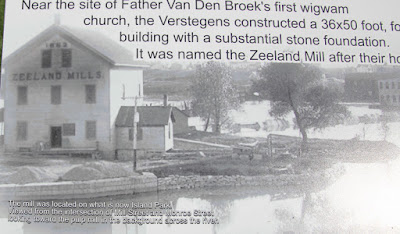 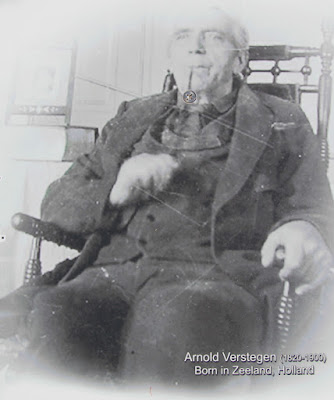 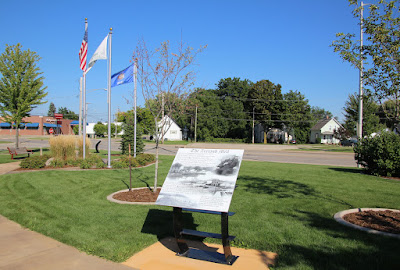 With West Lincoln Avenue in the background. 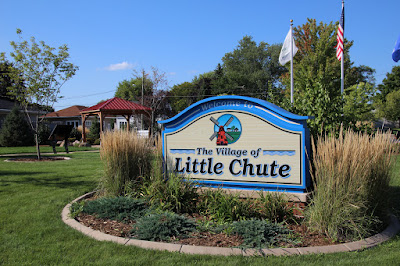 The marker (visible to the left) is located at a small park.