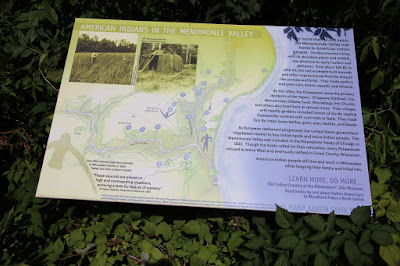 AMERICAN INDIANS IN THE MENOMONEE VALLEY


For more than 12,000 years, the Menomonee Valley was home to American Indian people. The Menomonee Valley, with its abundant plants and wildlife, was attractive to early hunters and gatherers. From about 500 BC to 1200 AD, the native people built mounds and other impressive earthworks shaped like animals and birds. They made pottery and grew corn, beans, squash, and tobacco.

By the 1700s, the Potawatomi were the primary residents of the region. Chippewa (Ojibwa), Fox, Menominee, Ottawa, Sauk, Winnebago (Ho-Chunk), and others also lived here at various times. Their villages with nearby gardens included homes of sturdy sapling frameworks covered with rush mats or bark. They trade [sic] furs for traps, brass kettles, guns, axes, textiles, and beads.

As European settlement progressed, the United States government negotiated treaties to buy Indian lands and move Indian people. The Menomonee Valley was included in the Potawatomi Treaty of Chicago in 1833. Though the treaty called for their relocation, many Potawatomi refused to move West and eventually settled in Forest County, Wisconsin.

American Indian people still live and work in Milwaukee while keeping their family and tribal ties.

Over 200 mounds were documented in Milwaukee County in 1855. Today, less than a dozen remain.
"These mounds are placed on high and commanding situations; [sic] evincing a taste for beauty of scenery." Increase Lapham, Antiquities of Wisconsin, 1855

This marker is along the Hank Aaron State Trail, at a location known as "Valley Passage", and is accessible from eastbound West Canal Street, east of its intersection with Selig Drive and its convergence with Frederick Miller Way, Milwaukee, Wisconsin. 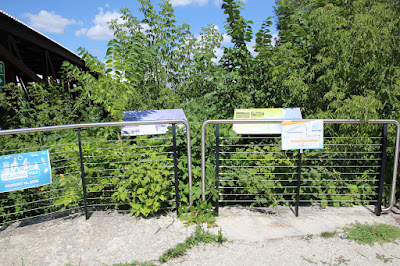 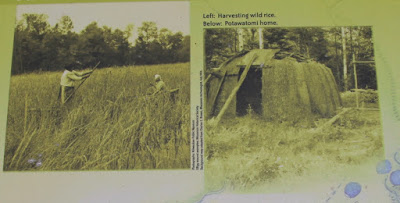 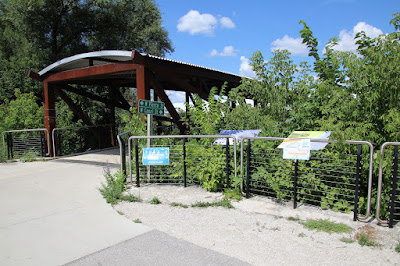 The marker is visible on the far right. 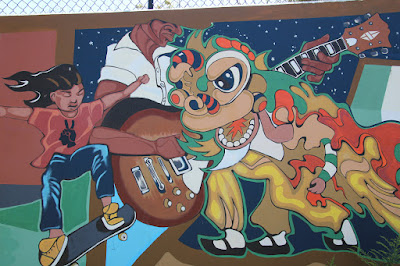 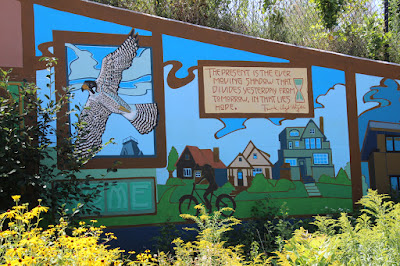 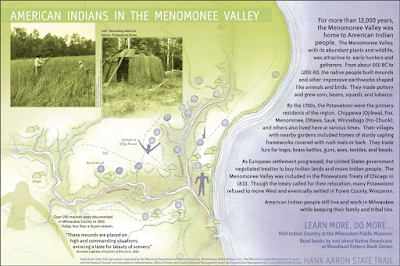