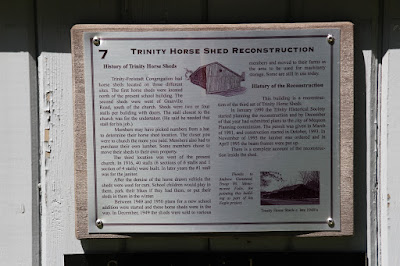 Trinity-Freistadt Congregation had horse sheds located on three different sites. The first horse sheds were located north of the present school building. The second sheds were west of Granville Road, south of the church. Sheds were two or four stalls per building with doors. The stall closest to the church was for the undertaker. (He said he needed that stall for his job.)

Members may have picked numbers from a hat to determine their horse shed location. The closer you were to church the more you paid. Members also had to purchase their own lumber. Some members chose to move their sheds to their own property.

The third location was west of the present church. In 1916, 40 stalls (6 sections of 6 stalls and 1 section of 4 stalls) were built. In later years the #1 stall was for the janitor.

After the demise of the horse drawn vehicle the sheds were used for cars. School children would play in them, park their bikes if they had them, or put their sleds in them in the winter.

Between 1949 and 1950 plans for a new school addition were started and these horse sheds were in the way. In December, 1949 the sheds were sold to various members and moved to their farms in the area to be used for machinery storage. Some are still in use today.

History of the Reconstruction

This building is a reconstruction of the third set of Trinity Horse Sheds.

In January 1990 the Trinity Historical Society started planning the reconstruction and by December of that year had submitted plans to the city of Mequon Planning commission. The permit was given in March of 1991, and construction started in October, 1993. In November of 1993 the lumber was ordered and in April 1995 the beam frames were put up.

There is a complete account of the reconstruction inside the shed.

Thanks to Andrew Gonstead, Troopo 80, Menomonee Falls, for painting this building as part of his Eagle project. 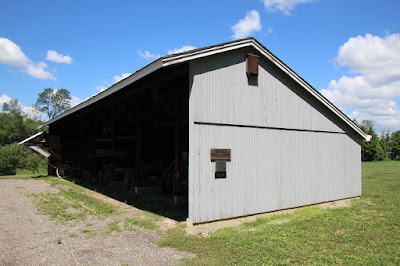 The marker is affixed to the side of the building. 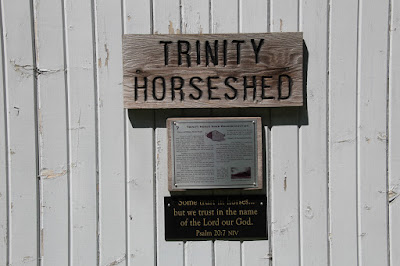 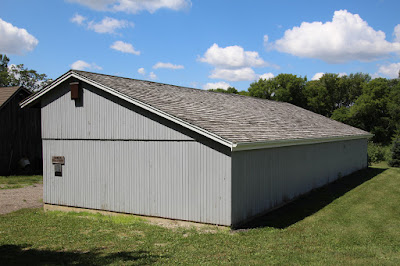 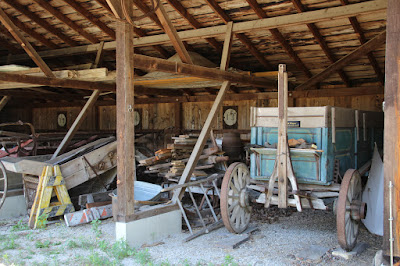 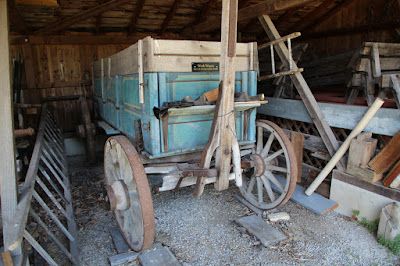 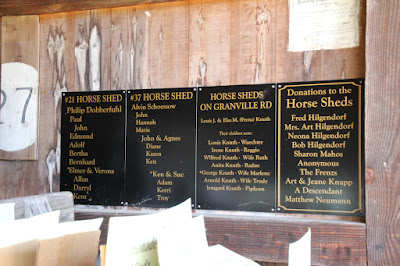 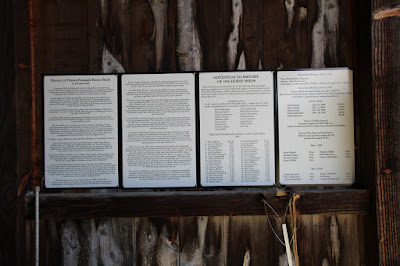 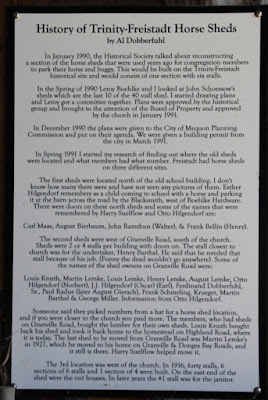 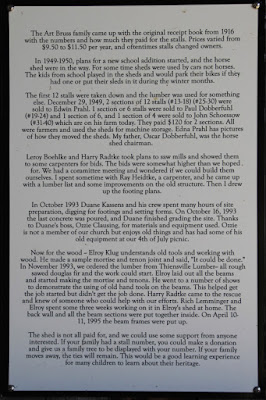 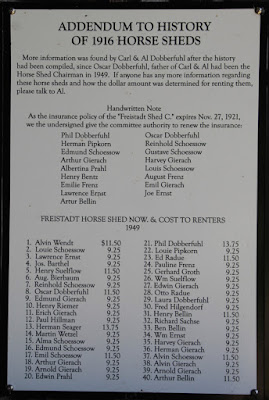 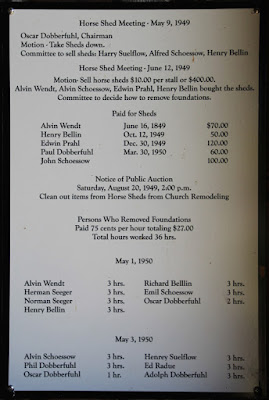 The Trinity Horse Shed is located at
Trinity-Freistadt Historical Site in Mequon, Wisconsin.