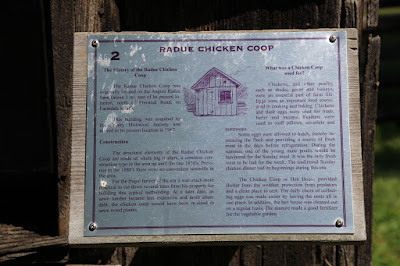 The History of the Radue Chicken Coop

The Radue Chicken Coop was originally located on the August Radue farm (about 1 mi. east of its present location, north of Freistadt Road, on Farmdale Road).

This building was acquired by the Trinity Historical Society and moved to its present location in 1967.

The structural elements of the Radue Chicken Coop are made of whole log timbers, a common construction type in the area up until the late 1870's. Previous to the 1880's there were no convenient sawmills in the area.

For the frugal farmer of the era it was much more practical to cut down several trees from his property for building this typical outbuilding. At a later date, as sawn lumber became less expensive and more abundant, the chicken coop would have been re-sided in sawn wood planks.

What was a Chicken Coop used for?

Chickens, and other poultry such as ducks, geese and turkeys, were an essential part of farm life. Eggs were an important food source, used in cooking and baking. Chickens and their eggs were used for trade, barter and income. Feathers were used to stuff pillows, coverlets and mattresses.

Some eggs were allowed to hatch, thereby increasing the flock and providing a source of fresh meat in the days before refrigeration.

During the summer, one of the young male poults would be butchered for the Sunday meal. It was the only fresh meat to be had for the week. The traditional Sunday chicken dinner had its beginnings during this era. The Chicken Coop or Hen House provided shelter from the weather, protection from predators and a clean place to nest. The daily chore of collecting eggs was made easier by having the nests all in one place. In addition, the hen house was cleaned out on a regular basis. The manure made a good fertilizer for the vegetable garden. 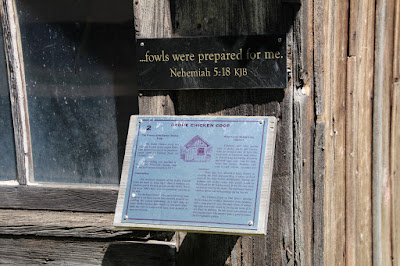 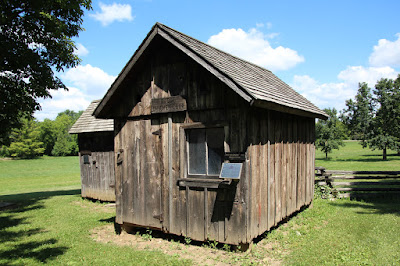 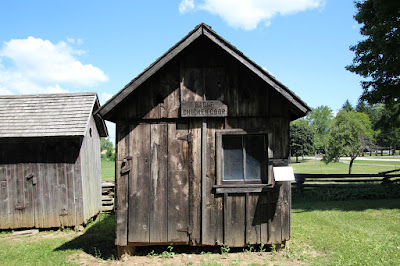