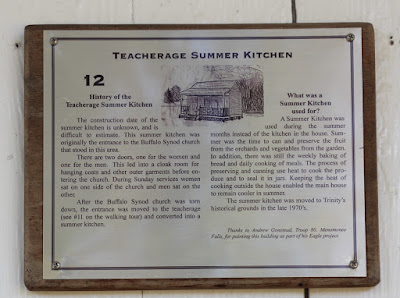 History of the Teacherage Summer Kitchen

The construction date of the summer kitchen is unknown, and is difficult to estimate. This summer kitchen was originally the entrance to the Buffalo Synod church that stood in the area.

There are two doors, one for the women and one for the men. This led into a cloak room for changing coats and other outer garments before entering the church. During Sunday services women sat on one side of the church and men sat on the other.

After the Buffalo Synod church was torn down, the entrance was moved to the teacherage (see #11 on the walking tour) and converted into a summer kitchen.

What was a Summer Kitchen used for?

A Summer Kitchen was used during the summer months instead of the kitchen in the house. Summer was the time to can and preserve the fruit from the orchards and vegetables from the garden. In addition, there was still the weekly baking of bread and daily cooking of meals. The process of preserving and canning use heat to cook the produce and to seal it in jars. Keeping the heat of cooking outside the house enabled the main house to remain cooler in summer.

The summer kitchen was moved to Trinity's historical grounds in the late 1970's. 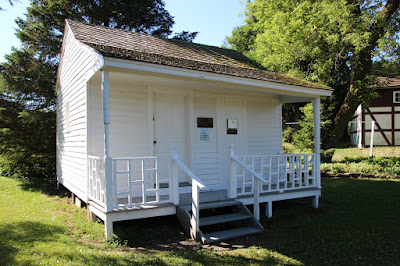 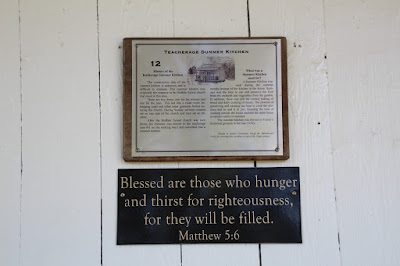