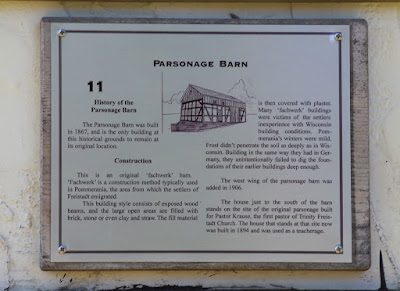 History of the Parsonage Barn

The Parsonage Barn was built in 1867, and is the only building at this historical grounds to remain at its original location.

This is an original 'fachwerk' barn. 'Fachwerk' is a construction method typically used in Pommerania, the area from which the settlers of Freistadt emigrated.

This building style consists of exposed wood beams, and the large open areas are filled with brick, stone or even clay and straw. The fill material is then covered with plaster. Many 'fachwerk' buildings were victims of the settlers inexperience with Wisconsin building conditions. Pommerania's winters were mild. Frost didn't penetrate the soil as deeply as in Wisconsin. Building in the same way they had in Germany, they unintentionally failed to dig the foundations of their earlier buildings deep enough.

The west wing of the parsonage barn was added in 1906.

The house just to the south of the barn stands on the site of the original parsonage built for Pastor Krause, the first pastor of Trinity Freistadt Church. The house that stands at that site now was built in 1894 and was used as a teacherage. 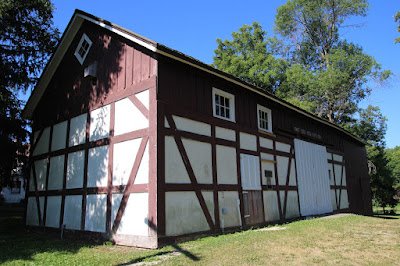 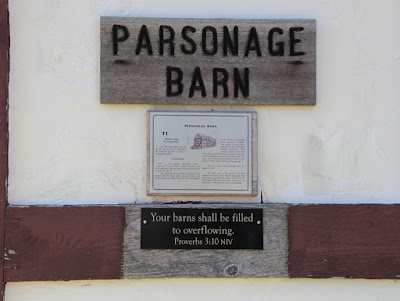 The Parsonage Barn is located at
Trinity-Freistadt Historical Site is Mequon, Wisconsin.