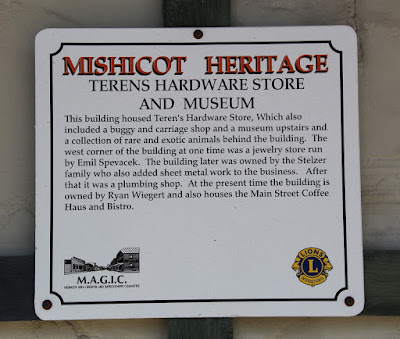 This building houses Teren's Hardware Store, Which [sic] also included a buggy and carriage shop and a museum upstairs and a collection of rare and exotic animals behind the building. The west corner of the building at one time was a jewelry store run by Emil Spevacek. The building later was owned by the Stelzer family who also added sheet metal work to the business. After that it was plumbing shop. At the present time the building is owned by Ryan Wiegert and also houses the Main Street Coffee Haus and Bistro.

The marker is fixed to the facade of what is now Janice Wiegert's School of Dance, and is accessible from westbound East Main Street / Wisconsin Highway 147, west of its intersection with Jackson Street, at or near 444 East Main Street, Mishicot, Wisconsin 54228. 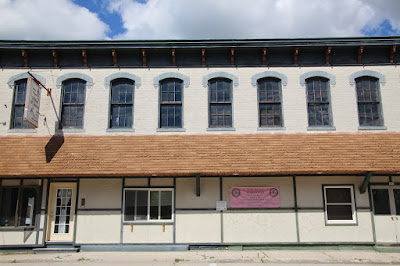 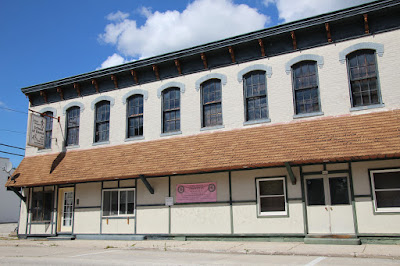